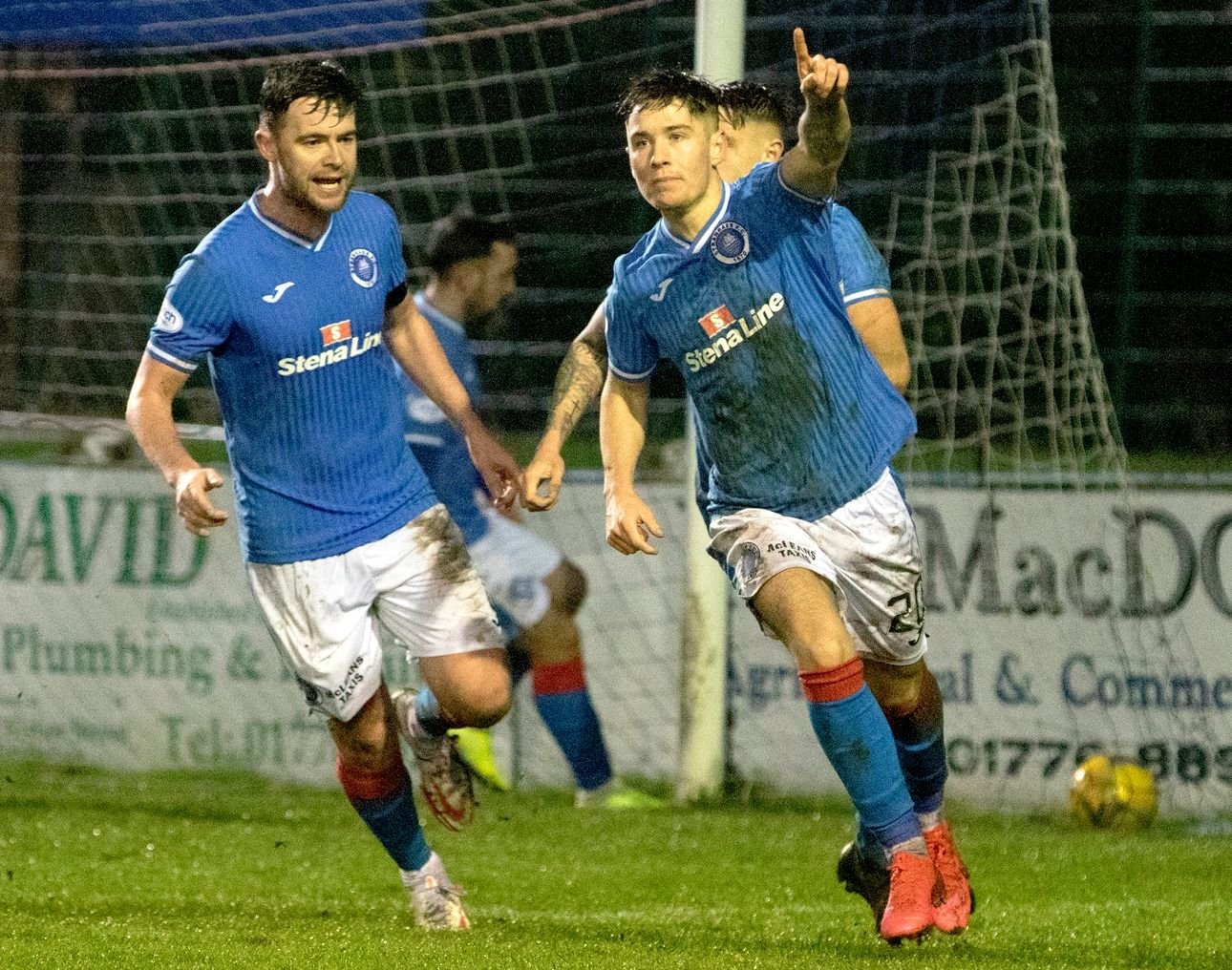 A 95th minute penalty ensured Stranraer took a point in a six-goal thriller at Stair Park.

Both the hosts and Stirling Albion had led in the contest but, in the end, neither team would go home with three points.

The visitors took the lead after a largely uneventful opening period to the game.

Stranraer would be behind for just 10 minutes though.

They forced a corner after Darryl Duffy’s goalbound effort was blocked by Martin McNiff.

Stranraer have struggled in the second half of games as of late but came out of the blocks quickly following the half time interval.

Duffy got his name on the scoresheet with a clever turn and finish inside the box.

Scott Robertson was denied by Currie’s legs before the game swung back in the favour of Stirling.

Substitute Kieran Moore had only been on the park for a matter of seconds when he beat Baker at his near post after a scramble in the box.

Then, former Blue Adam Cummins, also off the bench, headed home from close range to put Stirling back in front with 12 minutes to go.

However, with the contest deep into stoppage time, Stranraer found their leveller.

Robertson was brought down in the box and Matty Yates kept his cool to send Currie the wrong way from 12 yards.

Highlights and interviews can be found on our social media channels.