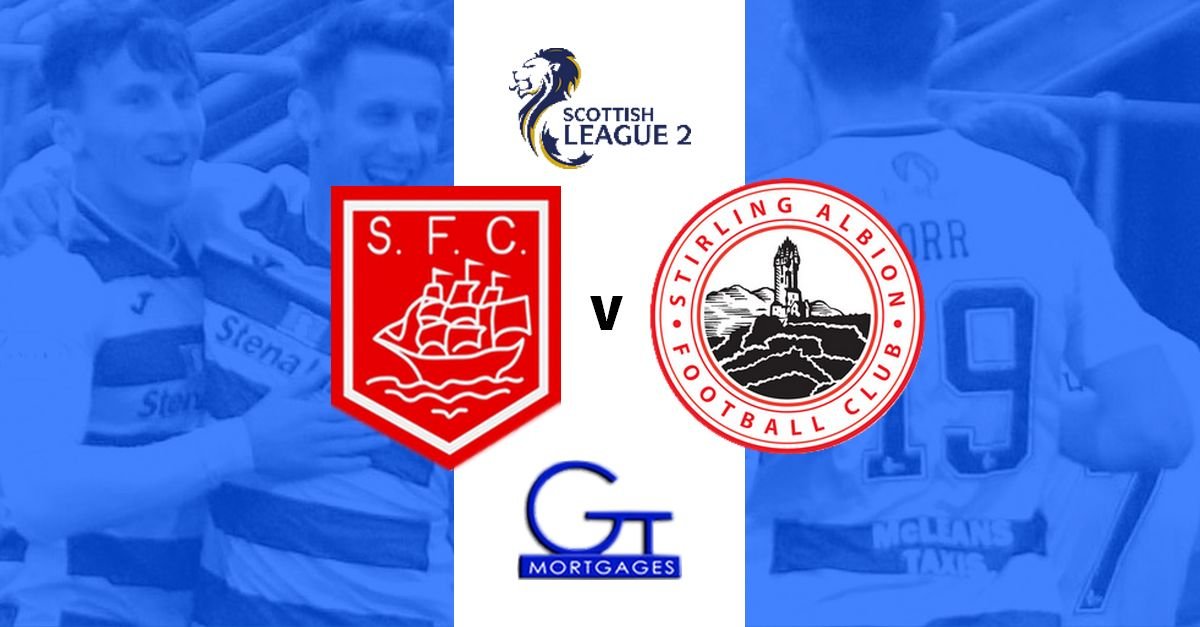 The Blues have enjoyed an impressive run as of late and won four games out of their last five.

The manager was keen to see that run continue tomorrow (Saturday) when Stirling Albion make the trip to Stair Park.

Farrell’s men have scored 11 goals during that unbeaten run, with the squad moving up the League Two table.

He said: “When you are on a decent run you want to keep it going as long as you can.

“It’s a great habit to get into.

“The habit of winning just brings so much more.

“What has happened in recent weeks with this run is hope has changed to belief.

Fourth placed Stranraer would leapfrog their opponents with victory tomorrow but Farrell was taking nothing for granted ahead of the penultimate home game of 2020.

He expected Stirling, who sit one point above his side, to be up at the top end of the table come the end of the campaign.

He said: “They will be up challenging.

“They have got good strikers and Andy Ryan is the obvious one.

“They have also got good midfield players and Kurtis Roberts, who was with Airdrie last year, is a good player.

“They have got defensive solidity in terms of experience with one or two players back there as well.

“We know where Stirling Albion are strong.

“They have got two good wide players as well and we know they are a decent squad and a strong squad.”

Farrell’s own options for tomorrow are boosted by the return of Andy Stirling and Sean Burns to his matchday squad.

Stirling has not featured since limping off against Hamilton Academical last month while Burns has been sidelined since the Cowdenbeath game a few days beforehand.

Farrell also had some good news regarding Cameron Elliott and said: “He remains out but he will be back next Saturday.

“He has trained this week but he is not quite ready.

“Josh Walker also picked up a knock last Saturday, which is not going to keep him out for any longer than a week but tomorrow is going to come too soon.”

The scores were level at the break after Ruari Paton’s early goal had been cancelled out by Luc Bollan.

However, second half strikes from Thomas Orr, Darryl Duffy and James Hilton ensured the three points would be heading south.

Farrell stressed his side’s performance at Glebe Park was not flawless but the victory was important.

He said: “I was not happy at half time.

“They took it on the chin at half time and they went and rectified it and that is a good sign.”

A narrow victory at Forthbank saw Stranraer return to the top of the League One table back in March 2015.

Sean Winter and Willie Gibson came close in the first half for the visitors. Then, Gibson scored the only goal of the game as his free-kick beat Callum Reidford. Steven Bell almost doubled the advantage but Gibson’s strike was enough for the three points.

A first trip to Stair Park awaits Matthew MacDermid, who has taken charge of two Stirling Albion games in the last 12 months.

The first came at Ochilview three days after Christmas last year. Goals at the beginning and end of the game gave Stirling all three points with Dylan Mackin and David Wilson on target.

Then, on Hallowe’en, he was the man in the middle at Forthbank as Stirling welcomed Annan Athletic. Andy Ryan was the difference on that day, scoring five minutes before the half time interval.

Saturday’s match between Stranraer and Stirling Albion will be broadcast via Stranraer FC LIVE.

You can now order a one-game pass for this fixture, priced at £7.99.

If you’re already a season subscriber, you should log in at the club website again as normal to watch the game, which is included in your season plan.

If you’ve bought a season ticket but have yet to apply for access to Stranraer FC LIVE, please email us at stranraerfclive@gmail.com at least 24 hours before kickoff and we’ll check this against our records.