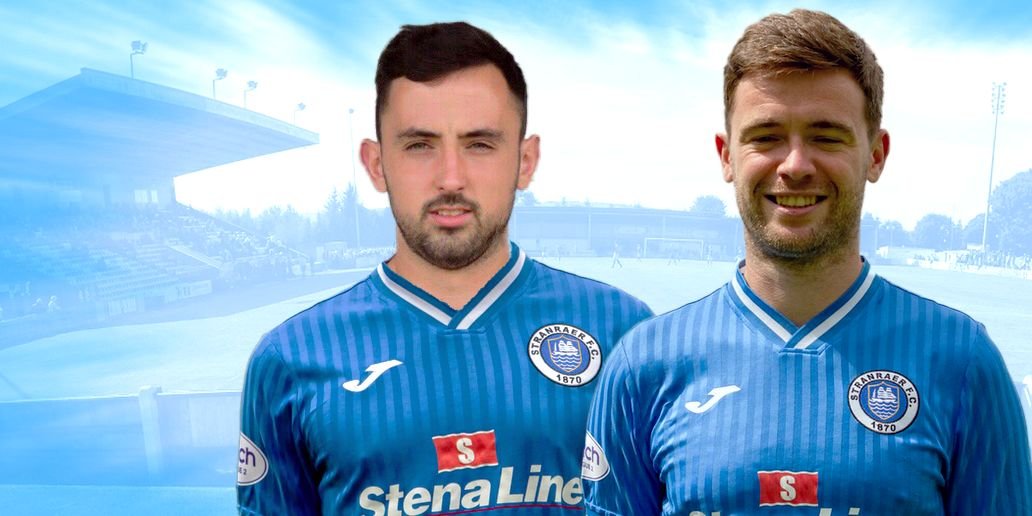 Midfield duo Anton Brady and Grant Gallagher will be returning for Stranraer after signing on again for 2022/23.

Anton arrived from East Kilbride and impressed Blues fans with his ability and eye for a pass in the Stranraer midfield.

The former Queen’s Park man was hopeful there was more to come after his debut campaign was interrupted by Covid.

He said: “It was an easy decision once the gaffer let me know his intentions.

“He wanted me to stay and that was the only thing in my mind.”

Gallagher has signed on for his ninth season with the club, and his second wearing the captain’s armband.

The skipper said: “When I went and met with the manager, Darryl and Scott it was quite an easy decision for me.

“Off the back of last season, it was probably the easiest decision that I have had.”

Both players are available to sponsor online at the time of writing.