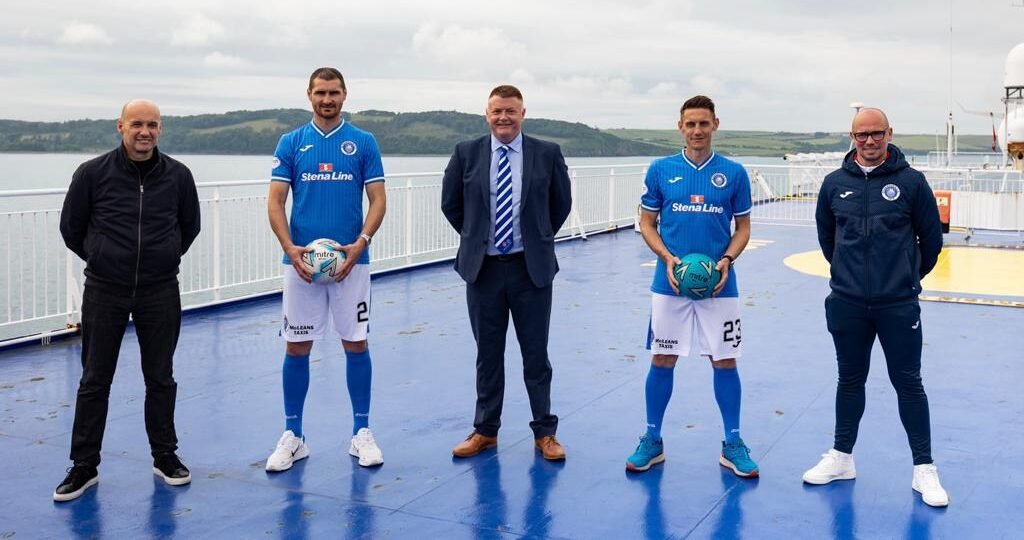 The countdown is nearly over as Stranraer get ready to kick off a new season.

As well as being the first game of the season for Stranraer, it is the first game in the managerial hot seat for Hamill and his backroom staff of Darryl Duffy and Scott Robertson.

The boss said: “I’ve got butterflies, everything, every different emotion going through me.

“The hard work has been done, pre-season is out the way now and we are going into the competitive side of things.

“It is one I have been really looking forward to and we cannot wait to get started.”

Stranraer have a full squad for the contest, including latest signing Curtis Lyle, who has joined on loan from Kilmarnock following Greg Fleming’s departure.

The shotstopper will battle it out with Jamie Walker for the number one shirt and Hamill said: “Curtis comes in and played last week against Queen of the South.

“Greg is someone we are sad to see him go but we are excited to see Curtis now.”

Clyde, Kilmarnock and East Kilbride are also in Stranraer’s group for the Premier Sports Cup before the league campaign gets underway.

Hamill stressed the league was the “bread and butter” but equally there was a desire to begin the season with a bang.

He added: “If we can go and put on our own style of play then hopefully we will not be too far away.”

Tomorrow’s contest will also give Stranraer fans their first chance to see the new home strip in person.

Hamill, along with Robertson and Duffy, had come down to Stranraer and Cairnryan for a special promotional video alongside long-time sponsors Stena Line.

The manager, who also popped in to a training camp in Stranraer, said: “It’s important we can be seen to be doing things like that for everybody in the community.

“It is important to do these things.”

Just over six years ago, Stranraer and Greenock Morton met on the penultimate day of the season with the Scottish League One title up for grabs.

The Cappielow side had won two of the three encounters in the league that season but Stranraer won the previous contest at Stair Park.

In the end, two goals shortly before the break allowed Jim Duffy’s men to put one hand on the trophy. The first came from the penalty spot through Declan McManus and he wrapped up the contest just before the half time whistle.

Stranraer would beat Brechin City on the last day but lose to Forfar Athletic in the play-offs.

Sadly, only home fans will be allowed for this fixture in line with COVID-19 recommendations and mitigating procedures.

The current social distancing recommendations will also be in place, face masks must be worn and temperature checks will be carried out prior to entry to the ground.

As before, token tickets can be collected from the Fitba Bar from 12 noon on Thursday 8 July up until midday on match day.

The token tickets must be presented at the turnstiles on entry together with the payment of £12 for adults or £6 for a concession.

If you can’t be there in person, we will bring you all the action from Stair Park for Saturday’s cup tie.

Live streaming is priced at £10 and available to purchase now.

Please note: Prior to purchasing the stream, we ask that you ensure your internet connection is capable of supporting 1080p high definition video. To do so, please run an internet speed test and check you are able to able to achieve download speeds of over 5mbps. See our support page for further guidance.