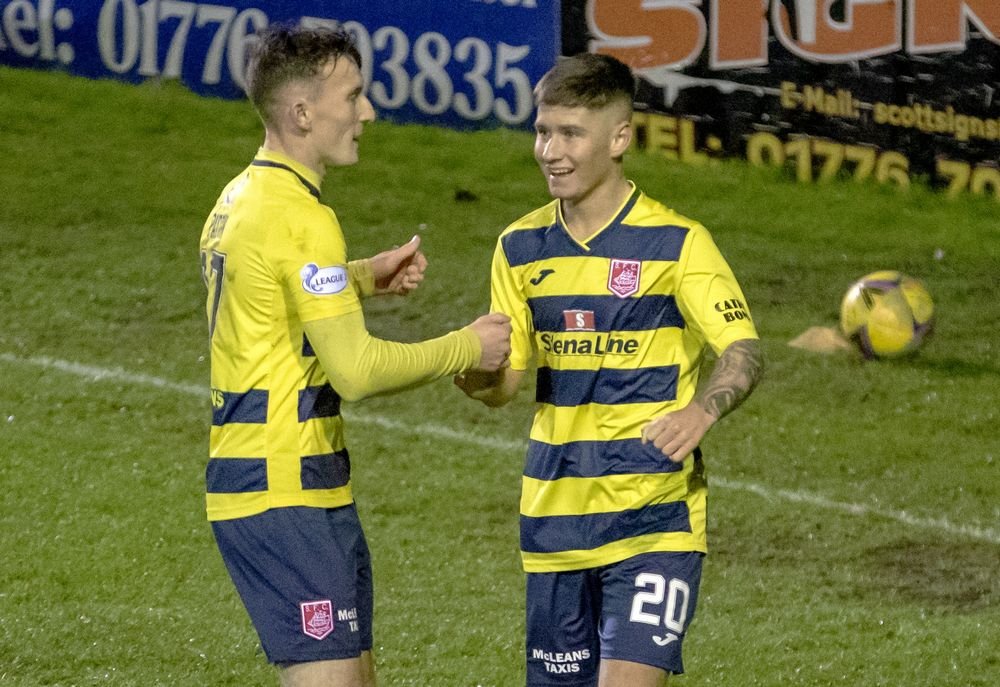 The frontman scored midway through the first half against East Kilbride on Saturday to give Stranraer their first win on the pitch under the new boss.

Yates, who found the net five times in last season’s shortened campaign, raced onto the club captain’s through ball and slotted a cool finish beyond former Stranraer number one Connor Brennan.

The goalscorer said: “Gal did well to win the ball back in the middle of the park.

“There was a gap in between the centre back and the right back and he has played a nice ball through.

“I’ve just been composed, placed it into the corner and the goalkeeper has not stood a chance.

“The goal just opens up, with that pass especially, and the keeper is closest to the one post and opens up and gives you a better chance of scoring.

“The first goalscorer of the Jamie Hamill era and hopefully that keeps on going.

“Hopefully, I can get another goal on Saturday.

“It is a team performance but obviously you are happy to get the goal.

“If we take the performance from the Clyde game into the game against Kilmarnock then I’m sure we have got a chance of winning.”

Victory over Greenock Morton and East Kilbride, along with a narrow defeat to Clyde, means Stranraer go into Saturday’s game with Kilmarnock in with a chance of progressing from the group stage of the Premier Sports Cup.

However, Yates told the club website that they would need to improve on their showing against Stevie Aitken’s Lowland League side.

The former Stranraer boss was likely scratching his head wondering how his team did not score after twice hitting the woodwork and passing up a number of good opportunities.

Yates said: “It is always good to get the win but it was not the greatest performance.

“We got the win and the performance is secondary but a good three points and we go into Saturday against Kilmarnock.

“We cannot go in with that performance, definitely not.

“If we go in with a performance like we did against Clyde then I think we have got a good chance of winning.”

Yates, who only turned 19 last month, has enjoyed greater stability this season compared to last.

Without a club, he was brought in to train alongside Josh Walker, with both men doing enough to win permanent deals.

The teenager was delighted to be repaying the club and said: “When lockdown hit, I didn’t think I was going to get another club.

“Obviously, at Stranraer, I came in and trained and they have been really good to me.”