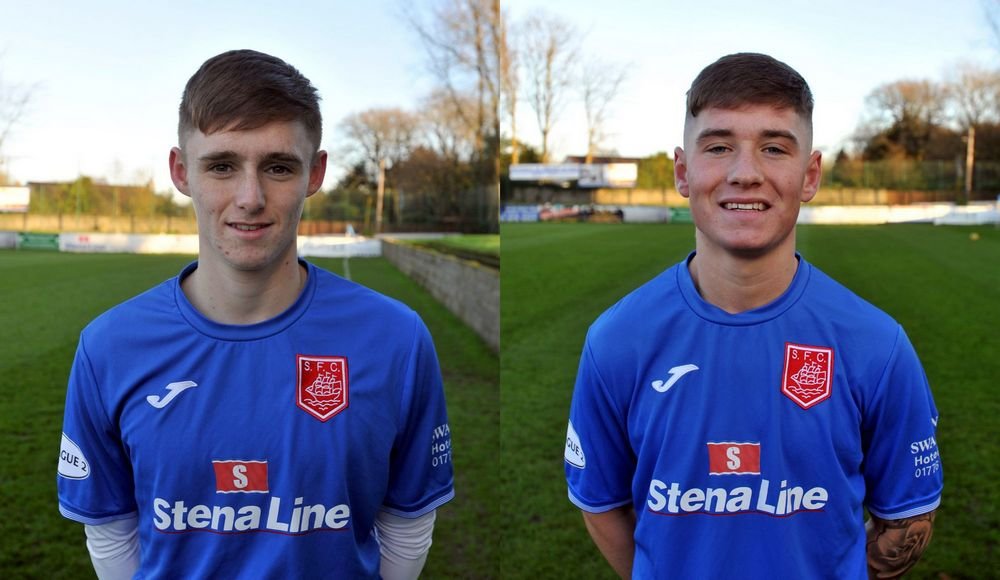 The promising pair have impressed Stevie Farrell since their arrival earlier this season, with the manager “delighted” to get both deals over the line.

The Blues boss discussed the signings on the It’s No Easy podcast, which you can listen to below, along with the thoughts of Scott Robertson, Ruari Paton and Iain Dougan.

The son of Stranraer player David ‘Pele’ Walker, Josh signed following his departure from Kilmarnock and spoke to the club website about his ambitions last week.

A welcome addition to the Blues’ attacking options, former Hibernian and Rangers starlet Yates has impressed with his impact from the bench, having bagged his first two senior goals against Spartans on Boxing Day.

We look forward to watching both players develop when we return to action at Stair Park.