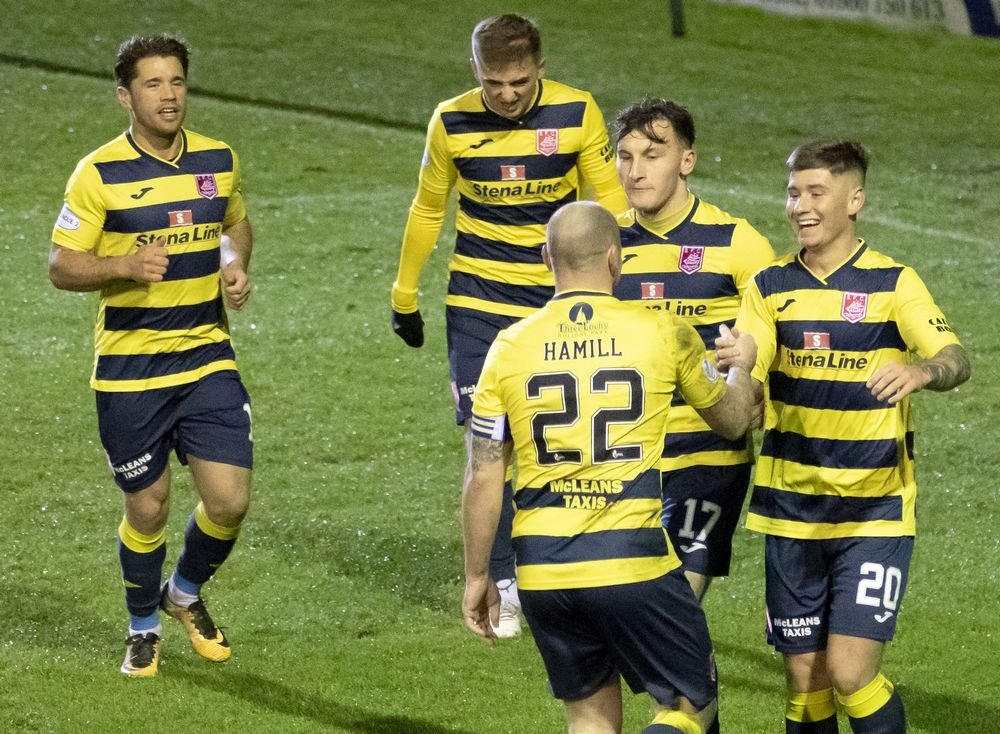 Dominant Stranraer comfortably made it through to the second round of the Scottish Cup with a 5-0 win over Spartans.

Three goals in the first half had the Blues firmly on top, with substitute Matty Yates going on to score his first senior goals after the break.

Stranraer boss Stevie Farrell had said there would not be wholesale changes from the side that defeated Albion Rovers seven days earlier.

The manager was true to his word, with Andy Stirling coming into the team in place of Joao Victoria.

Spartans, mid table in the Scottish Lowland Football League, had knocked out East Kilbride in the previous round and were looking to spring another surprise.

Greg Fleming had to be alert early on to deny Gregor Woods who snuck in at the back post but Stranraer quickly took hold of the game.

Only nine minutes had been played when the hosts found the breakthrough.

Ayrton Sonkur nodded Stirling’s corner up in the air and Darryl Duffy rose unmarked to head back across Matt Baines in the visitors’ goal.

Stirling was proving a real thorn in the side for Spartans and he would play a key role in the next two goals as well.

Just before the half hour mark, he burst down the wing and crossed into the box.

It evaded Thomas Orr and Duffy but Ruari Paton was lurking at the back post to fire home.

Seven minutes later and any chance of a cup shock was firmly put on the backburner as Stranraer made it three.

Again, Spartans failed to clear a Stirling corner and when the ball fell to Adam Cummins he smashed the ball home.

Stranraer continued the second half in much the same fashion as they finished the first with Paton denied a second goal after the offside flag was raised against Stirling in the build up.

Yates, on for Duffy shortly before half time, also had an effort ruled out for offside before he did get his name on the scoresheet.

Captain Jamie Hamill floated a ball to the edge of the box and, with Baines in no man’s land, Yates lifted a header over the Spartans number one.

Fellow substitute James Hilton almost added to the tally when he beat the offside trap but his lob was over both Baines and the goal.

The goalkeeper would deny Stirling and Hilton fired wide before Stranraer added the icing on the cake with three minutes left.

Hilton and Stirling combined with the latter firing in a low cross for Yates to tap home from close range.

It was a professional performance from Farrell’s men, who will now face Barry Ferguson’s Kelty Hearts in the second round.