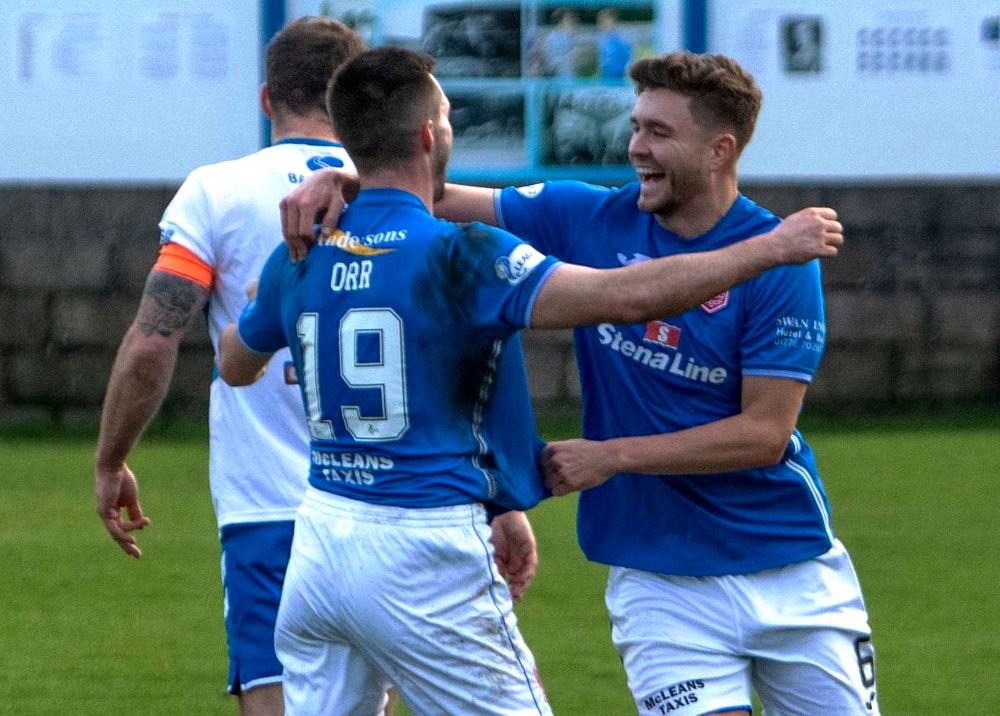 The long wait for three league points is over after Stranraer swept aside Cowdenbeath.

Goals in either half from Thomas Orr – his first for the club – and Joao Victoria – his first since signing a permanent deal – proved enough at Stair Park.

Stevie Farrell made two changes from the side which had lost seven days earlier to Queen’s Park.

Tom Devitt was unavailable while Darryl Duffy dropped to the bench for the returning Victoria, with Adam Cummins coming into the heart of the defence.

Sean Burns had already had a shot blocked by some desperate defending before Stranraer had the ball in the net.

A lovely bit of skill by Victoria on the left saw a low cross fired in along the six-yard box.

Ruari Paton managed to get something on it and Orr was lurking at the back post to bundle home from close range.

However, the offside flag ruled out the frontman’s effort.

At the other end, Greg Fleming did well to keep out a powerful header from Craig Barr before Victoria and Orr again combined.

The winger covered almost the length of the pitch with a surging run before finding Orr, who was denied by Ross Sinclair.

The on-loan goalkeeper then won a sprint ahead of Orr to a loose ball before the Stranraer man finally got his goal.

Andy Stirling was enjoying a good game on the right and linked up well with Orr, who managed to find just enough space to poke the ball home.

Gary Bollan’s men were an improved side after the break and enjoyed plenty of possession.

Their best chance to pull level came to Harvey Swann, who seemed destined to score until Fleming pulled off a brilliant save.

Stranraer’s defence were keeping everything else at bay and were holding on until the final 15 minutes, when momentum would swing back in their favour.

Cowdenbeath’s chances of getting something from the game suffered a blow 13 minutes from time when Robbie Buchanan was shown a straight red card for a physical tackle on Victoria.

Then, three minutes later, it was all over as Stranraer got that decisive second goal.

It was a great solo effort as Victoria cut in from the left and smashed an unstoppable shot beyond Sinclair into the far corner of the net.

Three points, two different goalscorers and a clean sheet made for just about a perfect day for the Blues, who will now look to spring a surprise on Hamilton Academical on Wednesday evening.