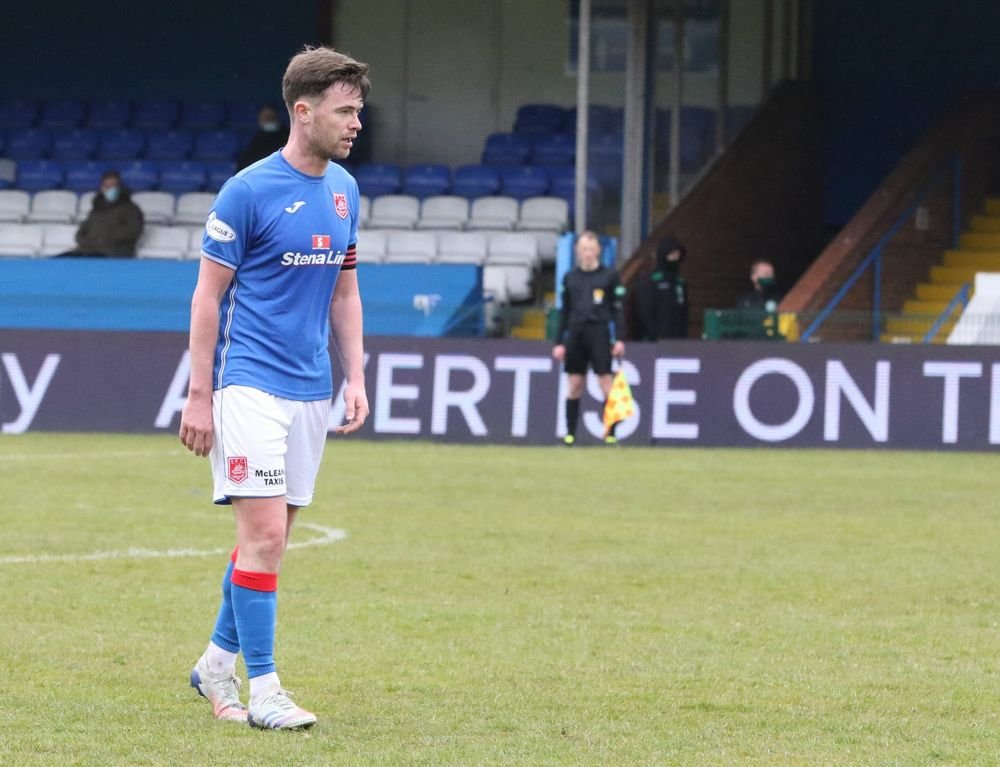 Grant Gallagher will wear the captain’s armband this season after Jamie Hamill selected him as a key figure in the Stranraer squad.

The 30-year-old has played 230 games for the Blues over two spells and will again be at the heart of the club on the pitch.

Gallagher, who has fought back from a serious knee injury, has made over 300 career appearances, including spells with Dumbarton and Airdrie.

Now, he is looking forward to getting the new campaign underway.

He said: “It is a privilege to become club captain and it has been something that I have yearned for.

“I now have the chance and I am looking forward to leading the boys out.

“We are all looking forward to getting back on the pitch and to welcoming the fans back to Stair Park.”

Assisting Gallagher will be another vastly experienced man, Sean Burns.

The 29-year-old has played more than 325 senior games and will look to again be heavily involved as vice-captain.