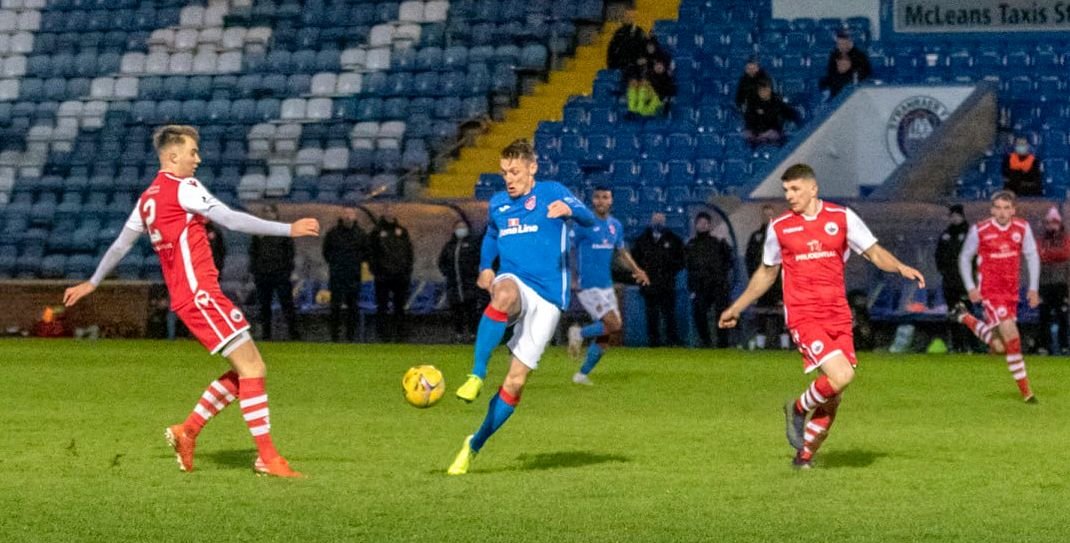 Jamie Hamill has challenged his players to step up and make sure they impress to keep themselves in the team.

Stranraer have not played since the defeat to Annan a fortnight ago, with the Cowdenbeath game scheduled for last week postponed.

At least one change will be made from the game with the Galabankies as Dean Hawkshaw is facing a lengthy spell on the sidelines due to a serious hamstring injury.

Hamill was unsure when the former Kilmarnock midfielder might return but feared it could be three to four months.

The manager said: “It is not nice when anybody gets injured, especially long term.

“It is up to somebody else to come in now.

“Dean did well and fought to get into the team, it was not just a case of turning up and playing.

“People need to perform on a Saturday to keep the jersey.”

The manager’s options are boosted by the return of Paul Woods, who also limped off against Annan earlier this month.

Fortunately, the experienced midfielder has shaken off the knock and could feature when Stirling Albion come to Stair Park on Saturday.

Hamill, who is edging closer to strengthening the squad, was keen to get the first win under his belt and was greedy for points.

He said: “It is a long season.

“I just watched something with Russell Martin, the Swansea manager, and he was saying things take time, they don’t just happen overnight.

“The style of play we want to impose on the boys, they have taken to it really well.

“It takes time but going forward we need to get the first win.

“Other teams are looking for their first win as well.

“Every game, I want to win.

“It is not like when we win one I will think it is job done.

“At the end of the day, we want to win as many games as possible.”

Perhaps understandably given the position Stranraer and Stirling Albion found themselves in last season, the games between the two clubs were tight affairs.

The most recent encounter came just before the play-offs and saw the spoils shared. Stranraer twice led and twice found themselves back on level terms thanks to late goals at the end of either half. Former Blue Jordan Allan had scored an own goal to put Stevie Farrell’s men in front before Ross McGeachie levelled before the interval.

Darryl Duffy seemed to have secured all three points for Stranraer but Declan Byrne scored with almost the last touch of the game.

Saturday’s game is pay at the gate and open to fans of both clubs, with regular admission prices in place.

Sadly there will be no live stream or Stranraer FC highlights this weekend due to a shortage of media volunteers – if you’re interested in helping out, please get in touch.