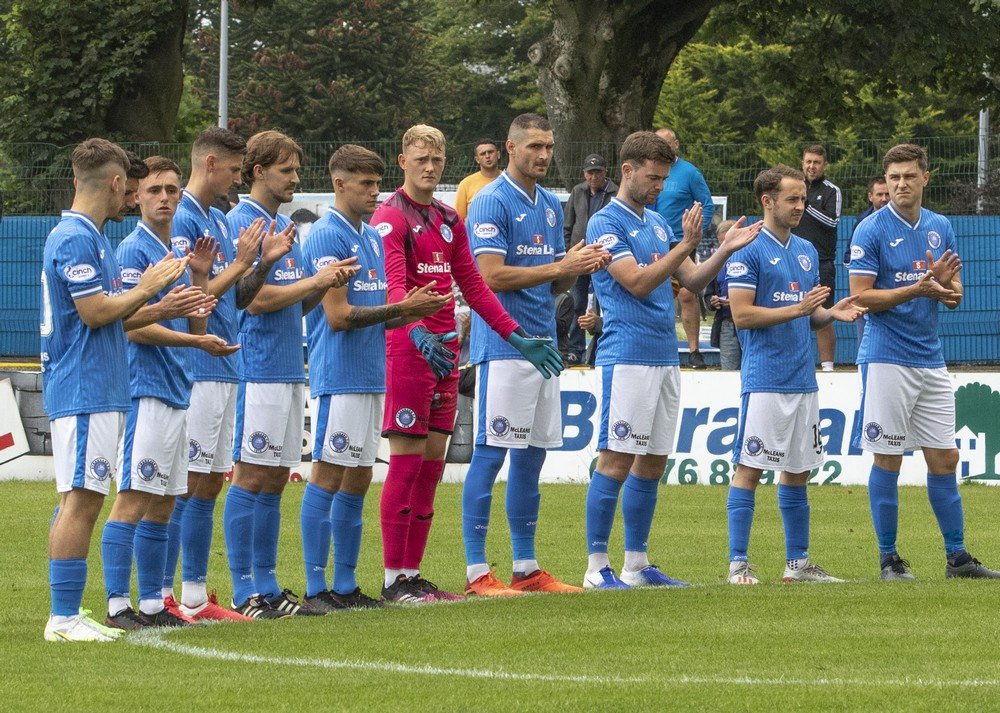 Two goals in the final six minutes of the first half helped Stirling Albion ease to victory at Stair Park.

The visitors, featuring former Blue Adam Cummins, proved too strong for a home side who were without Tommy Muir, Dean Hawkshaw, Ross Irving and Kieran Millar.

Curtis Lyle was called into action in the opening 10 minutes when he did well to turn Ray Grant’s shot from distance round the post and Jack Leitch was then unlucky to see a header blocked on the goal line.

However, the Blues were only the width of the crossbar away from taking the lead moments later.

The ball broke kindly to Ngoy and his shot on the turn clipped the woodwork on its way over.

The scores were level until the final six minutes of the half when Stirling took advantage.

The home side failed to deal with a cross-field ball, which was brought under control by Dylan Mackin.

The striker picked his spot with a shot across goal, which nestled in the bottom corner and left Lyle with no chance.

This time, Stranraer’s clearance fell to Grant, who chested the ball down and smashed a great low shot beyond the home goalkeeper.

Duffy was introduced in place of Woods at the break as Stranraer attempted to mount a comeback.

Craig Ross saw his header pushed to safety by Blair Currie before the Blues had the ball in the back of the net.

Unfortunately, referee Barry Cook felt the debutant had fouled Cummins in the build up and ruled the goal out.

Any chance of a comeback was then ended on 66 minutes when Ross McGeachie was given too much room in the six-yard box to nod home Nathan Flanagan’s free-kick.

Josh Walker hit the crossbar with a free-kick moments later but Stirling held on for the clean sheet and the three points.