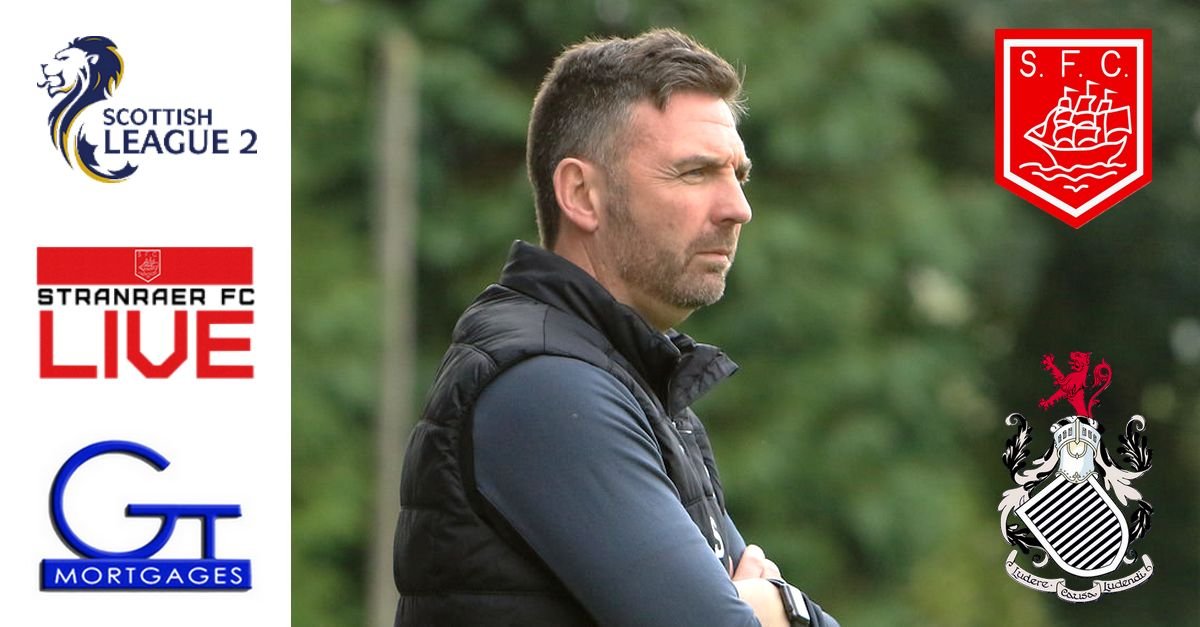 A challenge has been thrown down to Stranraer’s players in a bid to become the first team to defeat Queen’s Park in the league this season.

The Spiders have been tipped by many to be top of the pile in League Two come the end of the campaign.

Ray McKinnon’s men are unbeaten in their opening two games, with a draw against Stirling Albion followed by a win over Albion Rovers.

Stranraer boss Stevie Farrell is among those believing the Hampden side will be among the teams battling it out for the league title.

He said: “They are the team to beat this season.

“They know that, everybody knows that and they are the team to beat.

“When you consider the players that they have brought in, the money and the budget they have, then they absolutely are the team to beat in League Two.

“Everybody knows that and Queen’s Park know that themselves with the squad of players they have brought together.

“Everybody wants to have that game against you and to be the first team to try to topple you and get one over on you.

“We hope tomorrow (Saturday) that we are that team.”

The Blues go into the game boosted by the return of James Hilton.

Last season’s top scorer has only played 66 minutes this campaign due to injury.

Farrell will also welcome Kieran Millar back into the squad after he missed last weekend’s 1-1 draw with Annan Athletic.

The manager will continue to be without Ayrton Sonkur, Joao Victoria and Cameron Elliott.

Farrell said: “Ayrton is still struggling with his groin but we are hoping another week and he will be back with us.

“He did some light training during the week so that is a positive.

“Cami Elliott only went over on his ankle last Thursday and he is probably a couple of weeks away.”

Grant Gallagher will also be missing for tomorrow’s match after receiving a red card for his challenge on Jack Purdue in the Annan game.

“Everybody at Stranraer wishes the lad the best.

“Football is football but when you see an injury like that it puts it into perspective, particularly when it is a young kid at the start of his career.”

A second half fightback was not enough to see Stranraer rescue a point against Queen’s Park in March 2018.

The Blues trailed at the half time interval thanks to a double from on-loan striker Aidan Keena.

Gregor Fotheringham played the ball through for the Hearts man, who beat Max Currie at his near post. Keena then doubled his tally when he took advantage of some more slack defending to fire home.

Stranraer pushed after the break with Scott Robertson lifting a shot over Michael White but Sean Burns, now with the Stair Park squad, wrapped up the win seven minutes from time.

Scott Agnew pulled one back from the penalty spot in stoppage time but it was too late.

Shortly before Christmas last year, Duncan Williams made the trip to Stair Park.

Stranraer’s squad was stretched to the limit with just four substitutes, including a back-up goalkeeper. Visitors East Fife were in much stronger shape and took the win with two second half strikes. Ross Davidson scored from the edge of the box and with the game ticking into stoppage time Scott Agnew added a second.

Craig Slater was the goalscorer when Mr Williams visited Queen’s Park at the beginning of February. Cowdenbeath were the visitors to the national stadium but Slater’s early goal was the difference between the two sides.