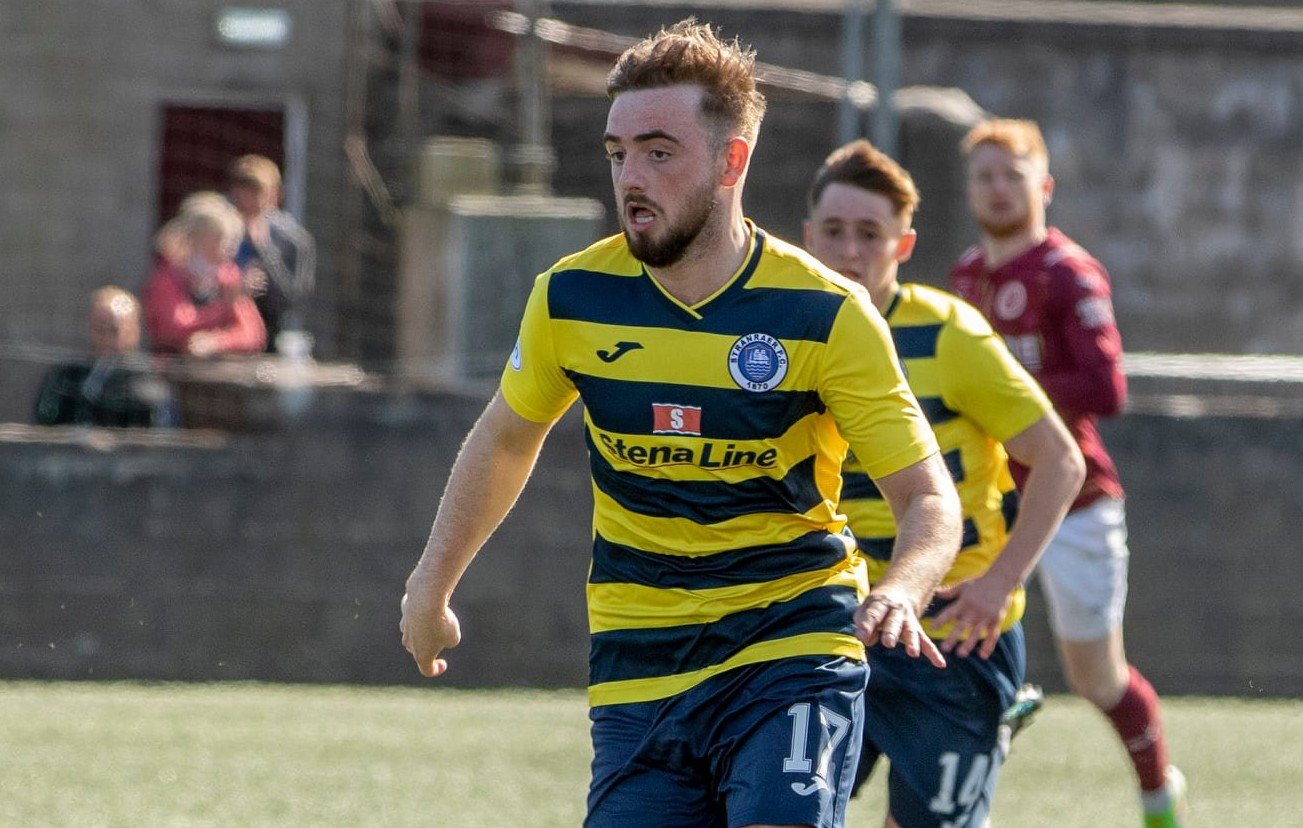 On Friday, it will be exactly eight months since James Hilton scored the last winning goal for Stranraer in an away game.

The frontman netted twice at Stenhousemuir in April and has regularly found the net this campaign as well.

However, he would be more than happy for someone else to get a winning Stranraer goal and deliver an early Christmas present: an away win.

“Everybody wants to win for each other.

“There are no selfish people in the team and it is one of the best changing rooms.

“I think that will stand us in good stead.

“We never know when we are going to get beat and we never get cocky if we are winning games of football.

“I would be more than happy if someone else steps up and scores.”

Hilton and his team-mates make the trip to New Dundas Park on the back of an impressive victory over Stirling Albion.

The 3-1 triumph saw Stranraer come from a goal down to take three points.

Unfortunately, any attempt to build on that result on December 3 has been stifled by a lack of game time since.

Hilton admitted it was “frustrating” but stressed they had been still been working hard in the absence of competitive matches.

He said: “We had a training game on Saturday and we worked hard at the weekend.

“It is not as if we have taken the foot off the pedal in terms of sharpness.

“I don’t think it will have too much of an effect on us because we have had a hard week.”

It is coming up for a year since Hilton rejoined the Blues after a brief spell with Edinburgh City.

He has become a regular under boss Jamie Hamill, featuring in 22 of the club’s 23 games and finding the net on six occasions to become joint top scorer at the club.

His one absence from the matchday squad came last month when a sickness bug saw both Hilton and Sam Ellis miss the home game with Annan Athletic.

The attacker said: “A couple of weeks ago at Stair Park was the first game I have not featured in this season.

“The gaffer said to me before I signed that he needed me to be fit all year round and I said to him that I would be.

“I’ve been working hard in the gym and looking after myself and that was the first game I have not been able to feature.

“I had the flu and could not get out of my bed so I was sitting with the notifications on desperate for the boys to get the win.”

Down to 10 men but leading going into stoppage time, Stranraer only took a point from the first meeting of the Blues and Bonnyrigg Rose this season.

Stranraer handed a first start to Craig Malcolm and he put defender Robert Wilson under pressure as he nodded into his own net. Kevin Smith quickly forced an equaliser for the former Scottish Lowland Football League side.

Josh Walker put Stranraer back in front but Craig Ross was sent off with just over 20 minutes to play.

Deep into stoppage time, the visitors were awarded a penalty and Lee Currie kept his cool from 12 yards.

1. Trips to Midlothian have not been plentiful for Stranraer but they did win there in December 2002. Paul Kerr’s double and an effort from Kevin Gaughan gave the Blues a 3-2 Scottish Cup replay win over Whitehill Welfare.

2. Stranraer’s last game on a Friday night was also in the Central Belt. The Blues travelled to Edinburgh City on March 18 and came away with a 2-1 win. Craig Ross opened the scoring and defensive colleague Sean Burns doubled the tally. Anthony McDonald pulled one back after the break but Stranraer took the win.

4. One man who knows the home grounds of Stranraer and Bonnyrigg Rose well is Jason Young. The striker, who also had a spell with VfB Wissen in Germany, joined the Blues in 1998 from Livingston. He scored three goals for Stranraer with the most famous being in a 2-1 win over Hibs at Easter Road.

5. Like Stranraer, Bonnyrigg Rose have benefited from impressive home form. Three of the four wins in the league have come to the south of Edinburgh. A 2-0 opening day win over Forfar Athletic has been followed by a 1-0 win over Stirling Albion and a 2-0 triumph over Annan Athletic.

Bonnyrigg have reduced admission prices for Friday night’s game due to costs incurred by their fans following last weekend’s late call-off at Galabank.

Prices are as follows:

With clubs able to stream some games domestically outside of regular Saturday kickoff times, fans who can’t make the trip north can watch Bonnyrigg’s live coverage for £9.99.