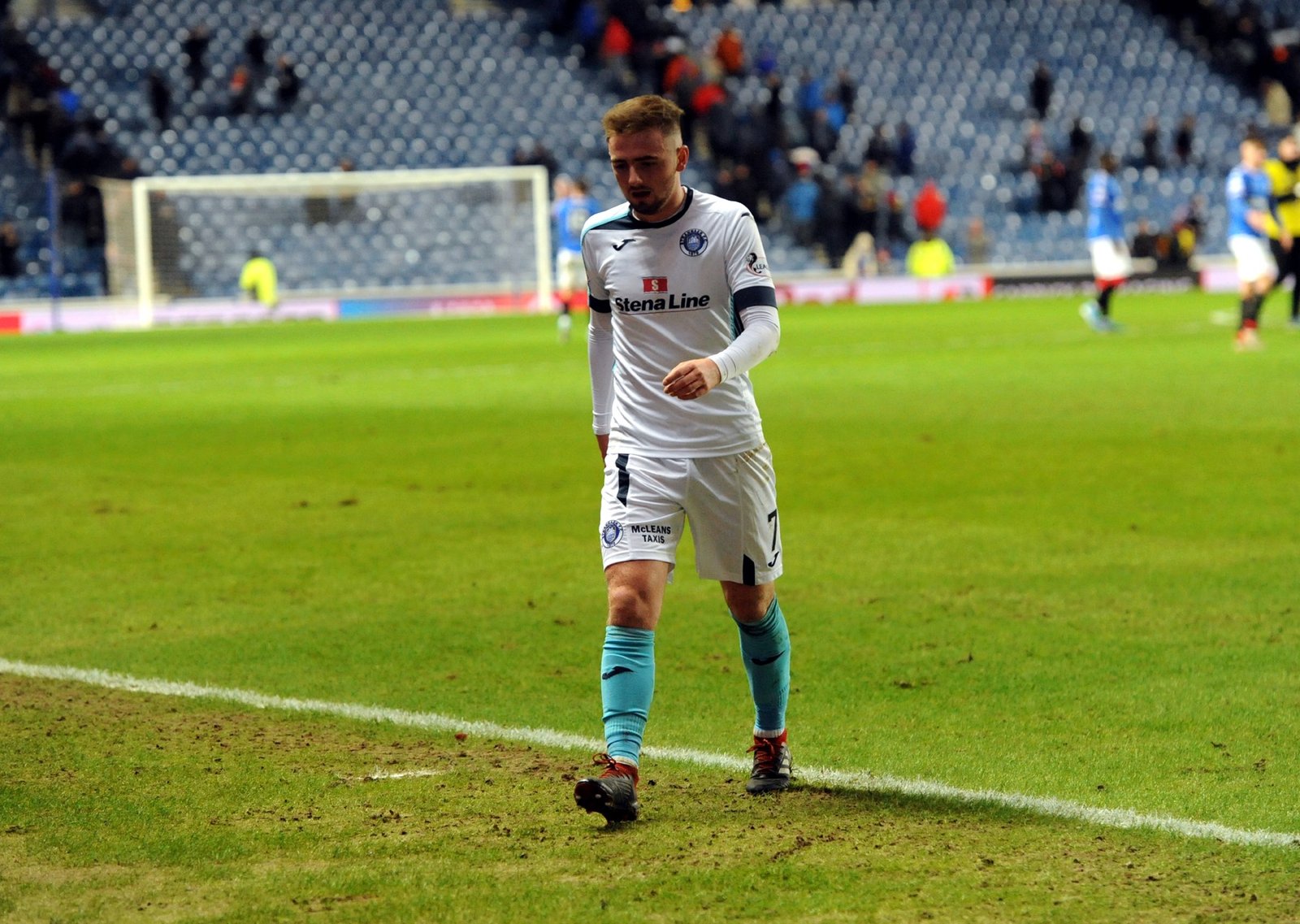 TOP SCORER James Hilton is hoping to defy the experts and be back within a matter of weeks.

The midfielder was carried off last weekend against East Fife after injuring his ankle.

However, Hilton is determined that will only be short-term.

He said: “It is not as bad as we first thought.

“I did not know if it was a broken bone or damaged ligaments or bone bruising.

“I went for an x-ray and nothing came back broken.

“The physio said four to six weeks but it has been just a couple of days and has been fine.

“I’ve started rehab already so I am hoping it is just two to three weeks but it all depends on how it reacts.”

The injury came just 28 minutes into the clash at Bayview Stadium.

Luckless Hilton had only just come back into the team and was making his first start since the 3-3 draw with Clyde in the first game of 2020.

Having impressed in substitute appearances, Hilton was named in the starting XI in Methil.

The 22-year-old vowed to be back as soon as possible and has already been at training.

He said: “You cannot get too down about these things.

“You get down and it gets in your head.”

The Fifers ran out 4-2 winners last weekend, with Joao Victoria scoring his first goal since returning to the club, with Scott Robertson also on target.

That was Stranraer’s first defeat in six league games and the Blues had hoped to get back on an unbeaten run against Montrose on Tuesday evening.

That game was postponed due to the wet weather and tomorrow’s (Saturday) clash with Peterhead has met the same fate.

It looks like Stevie Farrell’s men will have a number of midweek games to contest with between now and the end of the season.

Hilton said they had to focus on the games ahead and stressed there was still a real belief in the home changing room that they could yet escape relegation.

The midfielder has played more than 2,000 minutes of senior football this term.

He said: “It has been good this season.

“I was playing every week up until the Rangers game.

“You realise you need to knuckle down to get in teams.

“The boys were producing good draws and it has been a reality check.

“In reserves you are playing every week and know you are going to be playing but men’s football it is a challenge.”