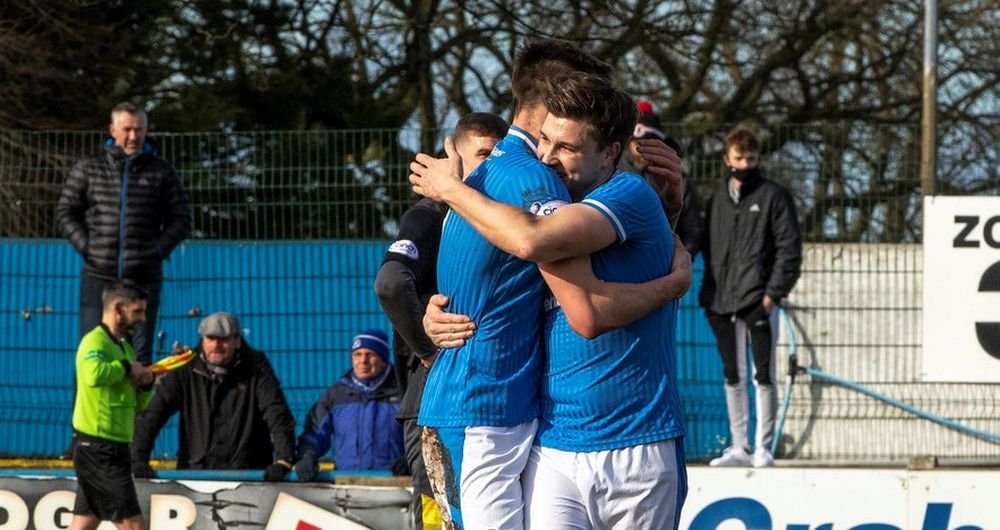 Goalscorer Sean Burns insists Stranraer have not yet given up on reaching the play-offs.

The Blues picked up a much-needed win over Cowdenbeath last weekend to narrow the gap on Edinburgh City to nine points.

The two sides meet in the capital on Friday evening.

Burns said: “It is just taking it every game as it comes.

“The main thing is putting in good performances and we keep trying to do the right thing.

“The only thing we can do is concentrate on the next game, get good consistent performances and consistent patterns of play in the game.”

Burns opened the scoring for Stranraer at Stair Park last weekend and ended his own near-50 game wait for a goal for the club.

His header past Cameron Gill came just seconds after the goalkeeper had kept out his shot from the edge of the box.

The former Queen’s Park man said: “I just said to Paul Woods when the keeper saved it ‘is there any chance of me ever scoring again?’

“Two minutes later the ball comes in and I have got my head on the end of it!”

The 3-0 victory, with further goals from Craig Ross and Woods, wrapped up 12 points out of 12 for Stranraer against Cowdenbeath this season.

In contrast, Stranraer have found it more challenging against Edinburgh City.

The capital club has nine points out of nine with Matty Yates the only goalscorer for Stranraer in the three contests.

The Blues have been left scratching their head at the poor record.

Burns said: “When we played them at Stair Park we must have had about 20 chances and they went up the park and scored to win 1-0.”