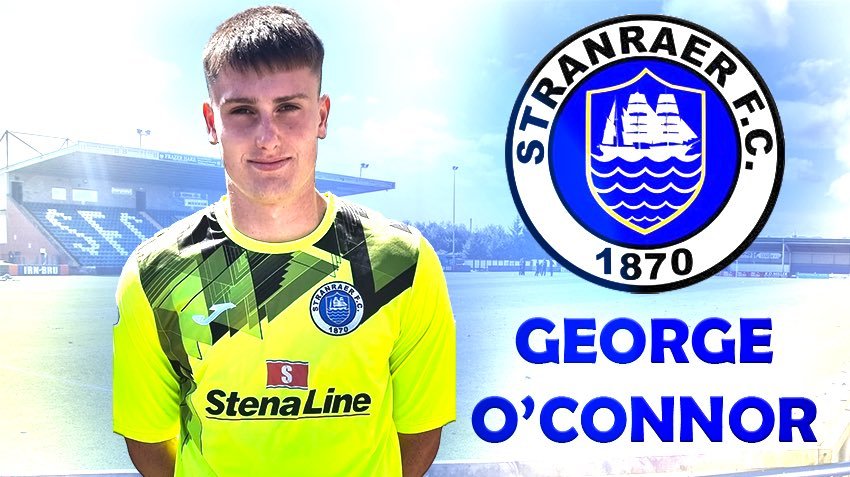 Scotland youth international George O’Connor is looking to follow in the footsteps of Luke Scullion after signing on at Stair Park.

This time last season, Scullion had not played a senior game in his career and was second choice at Stranraer.

Now, he has played more than 25 times for the Blues.

O’Connor recognised there was a pathway to progress and described joining Stranraer as “the best option”.

Released by Kilmarnock, he was quick to thank a former member of the Rugby Park backroom staff for helping him move to Stair Park.

He said: “I knew Billy Thomson from Kilmarnock.

“I had got released from Kilmarnock at the end of May and Billy said to me to come in and train.

“He said to see how I found it and I have enjoyed it.”

18 year old O’Connor had been with the Ayrshire side for 10 years and admitted he did not know what to do when he left the club.

The Irvine shotstopper previously represented Scotland’s under-16 side against Australia.

On Tuesday, he could pull on a Stranraer shirt for the first time since signing for the club, having previously played against Cumbernauld Colts as a trialist.

He said: “It is exciting.

“It is probably the best chance I have got here at Stranraer.

“It was the best option I had and I’m looking forward to it.”