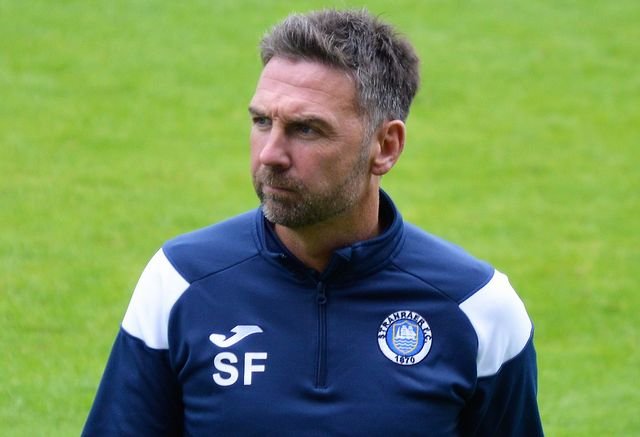 STEVIE Farrell feels light is at the end of the tunnel in terms of football returning to Stair Park.

Stranraer have not kicked a ball since 10 March when they lost 1-0 at home to Montrose.

Football throughout the country would soon be sidelined by the coronavirus but today (Friday) the Scottish Professional Football League (SPFL) indicated League Two football could return, with a proposed starting date of 17 October.

Farrell was pleased to see the step forward as he prepares for the new campaign, with 12 players already agreed to be part of the coming season’s squad.

The Stranraer boss said it had been “a long time coming” and added: “I think every club from the Championship down now will be planning.

“We can go and co-ordinate pre-season, we can look at when we start back and the month leading up to the games.

“The Betfred Cup will probably be coming in before the league games as well.

“It is an exciting time to look forward to and I think that is what everybody in Scottish football has been looking forward to – that date or that light at the end of the tunnel.”

Farrell and new assistant manager Frank McKeown can further plan ahead and start looking towards pre-season.

It remains to be seen when the new look squad will get together, with lockdown restrictions still in place.

Further discussions are also to take place in terms of whether fans will be allowed into grounds across the country when the football restarts.

The Stranraer boss was hopeful supporters would soon be back at Stair Park cheering on the Blues.

He said: “In terms of fan engagement, football is nothing without fans.

“We are all fans of football and want to watch football at every opportunity that we can.

“Absolutely, the quicker they get back the better.”