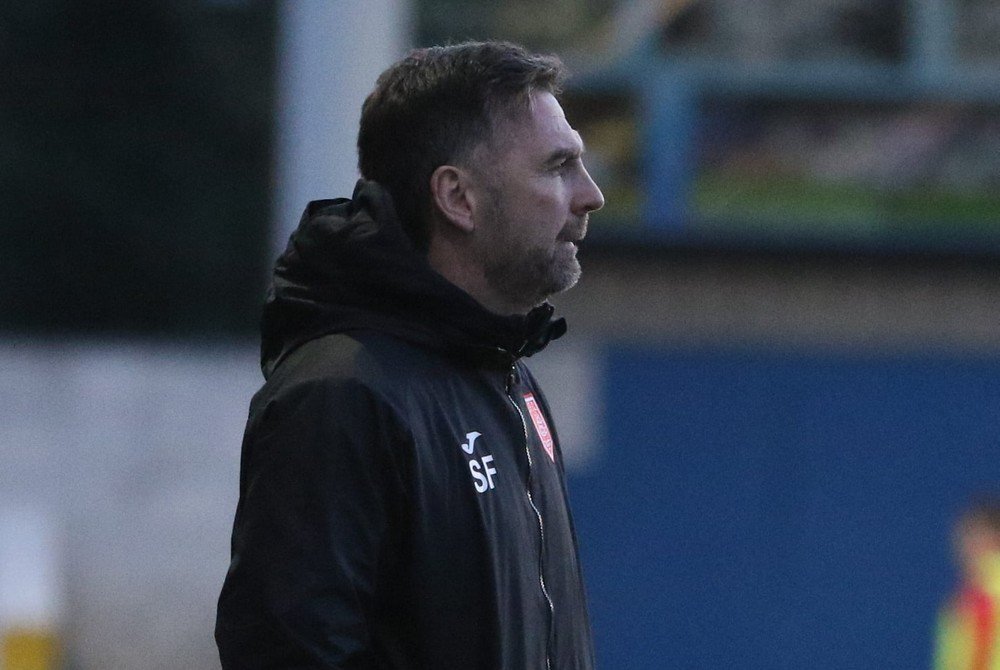 Preparations for Stranraer’s bid to return to League One are already underway.

The Blues lost out to Dumbarton in the play-off semi-final on Tuesday night, with attention quickly turning to the coming campaign.

Stevie Farrell has already begun to shape his squad as they look to again be challenging at the top of League Two.

Tommy Muir has swapped Stenhousemuir for Stranraer with Tom Orr moving on.

“I’ve already met three or four players this week and we have brought in Tommy Muir.

“I tried to get Tommy the last two years so I am delighted that I finally got him.

“I think he will be a good asset for us moving forward.

“I spoke to all of our players on Thursday night and I’ll probably speak to every player on Monday or Tuesday next week.

“There will be some players leaving the club and going to pastures new but I am confident that the majority of players will be staying.”

One man who Farrell hopes will again be part of his playing squad next year is Jamie Hamill.

The experienced defender made 14 appearances last season, taking his tally for the club beyond 125.

Rumours had suggested Hamill would hang up his boots to concentrate on coaching but the manager was confident that would not be the case.

He said: “He is going to get himself fit, strong and healthy for the start of the season.

“Will he play every week? No, he won’t and he knows that.

“Will he coach more than he plays? Possibly but ultimately having him there with his experience and being able to call on him when we need him is a good thing to have in the camp.”

Currently, the Blues have Muir, Matty Yates and Josh Walker signed up for next season, with many more faces – old and new – to be confirmed over the coming weeks.