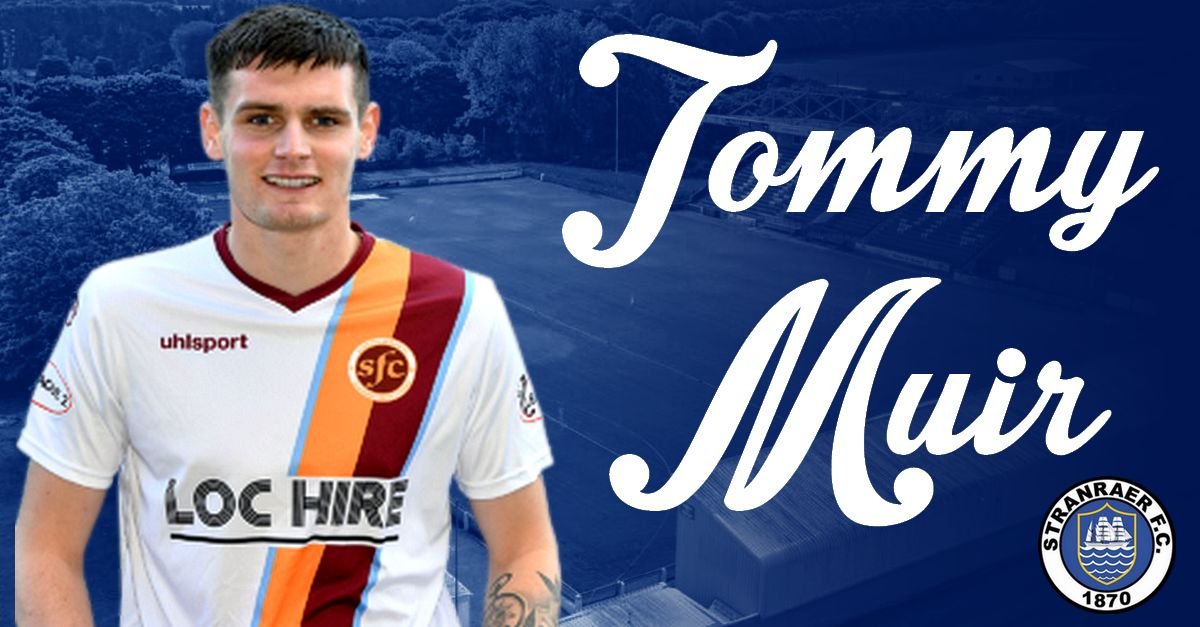 We are delighted to welcome former Annan Athletic and Stenhousemuir striker Tommy Muir as our first new signing of the 2021/22 season.

Hailing from just down the A75 in Dalbeattie, Tommy made the step up to the SPFL after his goalscoring exploits for Dalbeattie Star brought him to the attention of Annan boss Peter Murphy.

The frontman joined Annan in 2018, scoring double figures in both seasons at Galabank and earning a spot in their Team of the Decade, before spending a season at Ochilview.

Stranraer manager Stevie Farrell has been targeting Muir in recent years and finally got his man.

The new signing said: “I’ve been very close to joining the last two seasons but it has not quite got over the line for myself.

“This season, once I spoke to the manager and once I met him for a coffee it was just a case of ‘when can we get the deal done?’

“I am really looking forward to working with him.”

Now the frontman, who lives in Dumfries, is looking forward to getting back in front of the fans after a season behind closed doors.

He said: “That will be massive.

“Supporters give you that maybe extra ten per cent.”