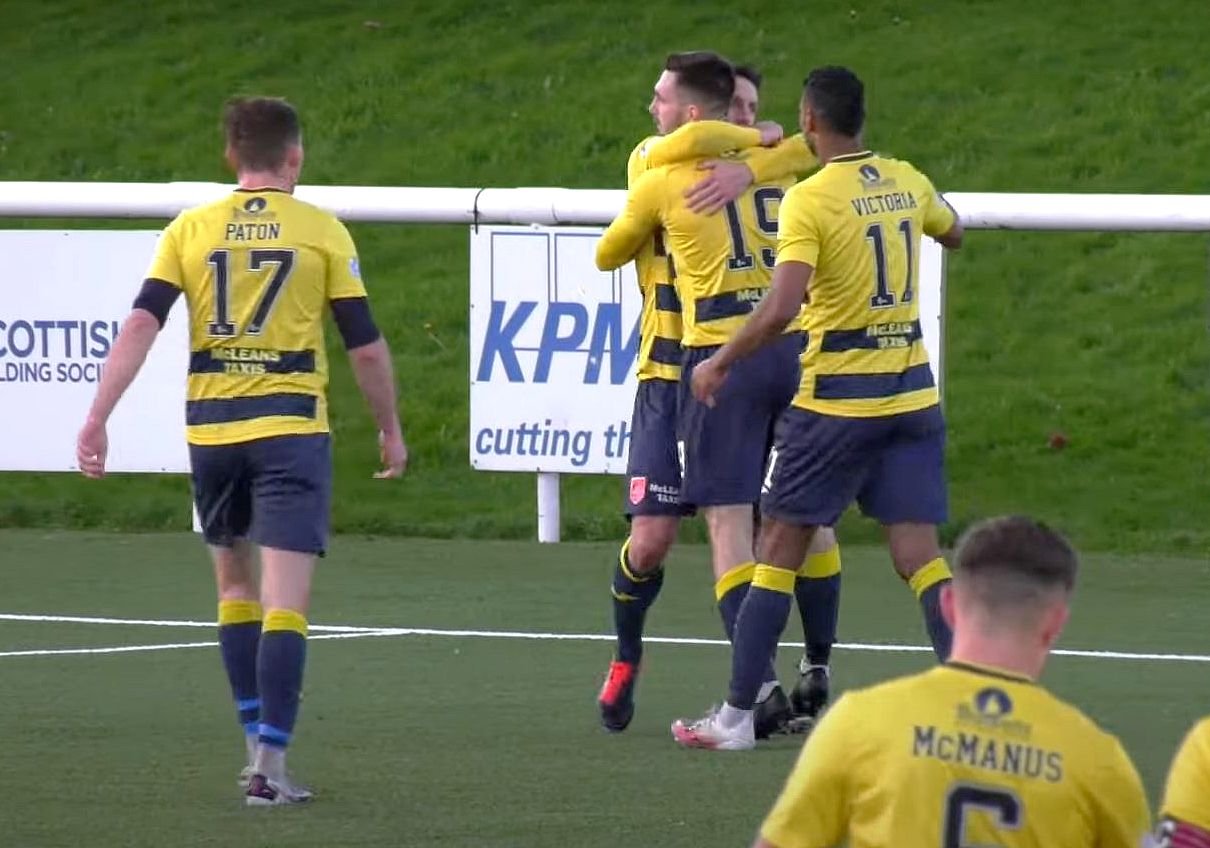 Darryl Duffy made it three goals in three games as Stranraer recorded an impressive away win at Ainslie Park.

The Blues were on top throughout, and fully deserved the three points on a blustery afternoon in the capital.

Both sides had early penalty claims, but referee Gavin Ross was unmoved by the appeals.

The hosts were well contained by the Blues defence throughout, rarely creating anything of note despite having the lion’s share of possession.

Stranraer stuck to their job of breaking down City’s forward play, and the attacking quartet of Duffy, Thomas Orr, Joao Victoria and Ruari Paton caused plenty of problems for City throughout the contest.

City received an early warning as Victoria worked his way to the byline and popped a ball in for Duffy to tee up Orr, but the striker’s deflected shot was well held by home keeper Calum Antell.

And Orr would be involved again as the Blues took the lead on 26 minutes.

A midfield intervention from Millar released Orr, who played a slick one-two with Paton and drove a low ball across to Duffy at the back post.

The in-form frontman continued his impressive scoring streak, firing home to put the Blues in front.

City were keen to strike back straight away, with a sliding finish from a free kick ruled out for offside, but that would be as close as the hosts would come to an equaliser.

In fact, the Blues could have added their lead, if not for some good stops from Antell.

The former Wales Under 19s goalkeeper did well to deny a low strike from Victoria, who waltzed his way through the City defence time after time, much to the frustration of home skipper Craig Thomson.

Another jinking run and delivery from Victoria saw Duffy’s close range header bring only a routine save from the keeper.

With icy winds blowing across Ainslie Park, Stranraer continued to turn up the heat.

Millar showed good anticipation once more to intercept the ball in midfield, playing return passes with Orr, who brought a reflex stop from Antell just before the interval.

Things weren’t getting any better for City, who had Blair Henderson booked for simulation after the prolific frontman attempted to win a penalty at Grant Gallagher’s expense.

But despite having the better of play, Stranraer couldn’t quite add to their one goal lead, with Orr and Paton missing chances in the closing stages.

Stevie Farrell was able to hand official debuts to youngsters Yates and Walker as the Blues saw the game out comfortably.

Next up for Stranraer is a trip to Brechin City on Saturday 28 November.