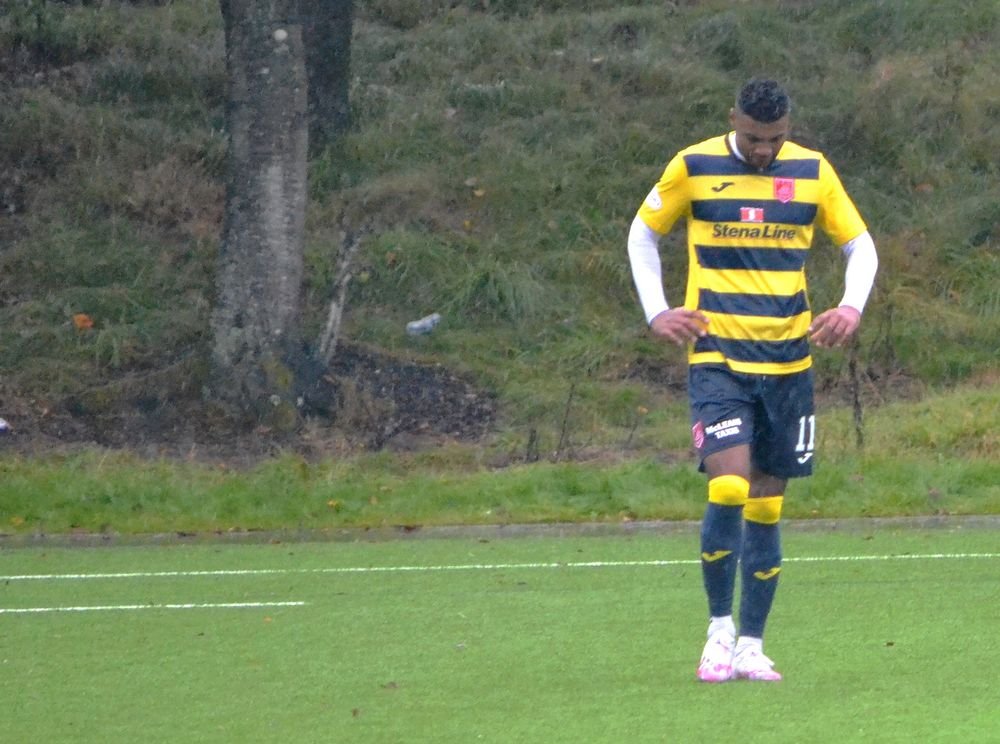 Joao Victoria’s first half double helped Stranraer round off their pre-season friendlies with a victory in rain-soaked Cumnock.

Stevie Farrell’s pre-season preparations have been disrupted at times, with two scheduled opponents falling through for Saturday’s game before a tie with Cumnock was confirmed.

The Stranraer boss also found himself in the unusual situation of being able to give both of his goalkeepers the full 90 minutes as Greg Fleming lined up for the Blues and Jamie Walker made a very temporary switch and started in goals for the hosts.

Cumnock did pose the first threat of the game as Fleming made the save but Stranraer started to stamp their authority on the match.

Adam Cummins had already fired over from close range and Thomas Orr was inches away from connecting with another Andy Stirling delivery before the deadlock was broken midway through the first half.

Victoria cut in from the left and curled a delightful effort from the edge of the box beyond Walker to put Stranraer in front.

Cumnock did create further chances, with Fleming standing up well to a breakaway but Stranraer always looked relatively comfortable.

Sean Burns had a shot just beyond the post before Victoria doubled the advantage right on the half time whistle.

Orr’s cross was begging to be headed home and Victoria was left alone at the back post to finish the chance.

Stranraer started the second half positively and Hilton saw an effort from close range blocked.

The second half was, as is usually the case in pre-season games, interrupted by substitutions.

Lewis McIntyre, Cameron Elliott and Ruari Paton were all brought on before being joined by Ayrton Sonkur, Darryl Duffy and a trialist barely five minutes later.

Unfortunately, McIntyre’s afternoon was to be very brief.

He was caught in a crunching challenge, which saw him left limping round the pitch and Scott Robertson was reintroduced to the action.

Farrell will be hoping the injury is not too serious for McIntyre on what was probably the only low point on the day.

Duffy made it 3-0 with 12 minutes left after good work out wide by his fellow sub Paton.

The low cross cut open the Cumnock defence and Duffy had the easiest of tasks to simply tap the ball home.

Finally, five minutes from the end, Stranraer wrapped up the scoring through Cummins.

He rose highest from a corner and planted his header into the net, leaving Walker with no chance.

The competitive action for Stranraer gets underway this coming weekend when they make the trip to Annan Athletic.