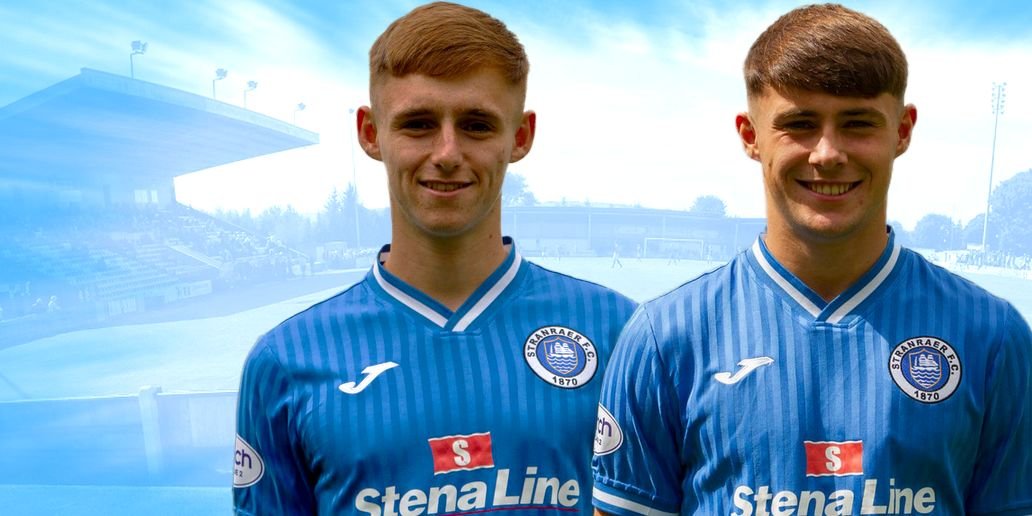 We are delighted to confirm that Josh Walker and Craig Ross will be back for the 2022/23 season at Stranraer.

The talented youngsters return to Stair Park having recorded a combined total of well over 70 appearances last season.

Since arriving in November 2020, Josh Walker has impressed the Blues faithful with his tricky feet and the ability to glide past the opposition with ease.

The son of former Blues player David ‘Pele’ Walker also boasts an eye for the spectacular, and notched up three goals in the 2021/22 season.

Craig Ross has gained significant first team experience as a mainstay of Jamie Hamill’s side, scooping three Player of the Year awards in his first season.

The defender described re-signing as a “no brainer”.

He said: “I am absolutely buzzing.

“To be honest, what the team did for me in my first season in senior football was really appreciated.

“I absolutely loved it”.

In other news announced this evening, Ayrton Sonkur has opted not to renew his contract and leaves with the best wishes of all at Stair Park.

Also moving on is Ross Irving, who spent the latter half of the season on loan at Dalbeattie Star.

We thank both players for their efforts.