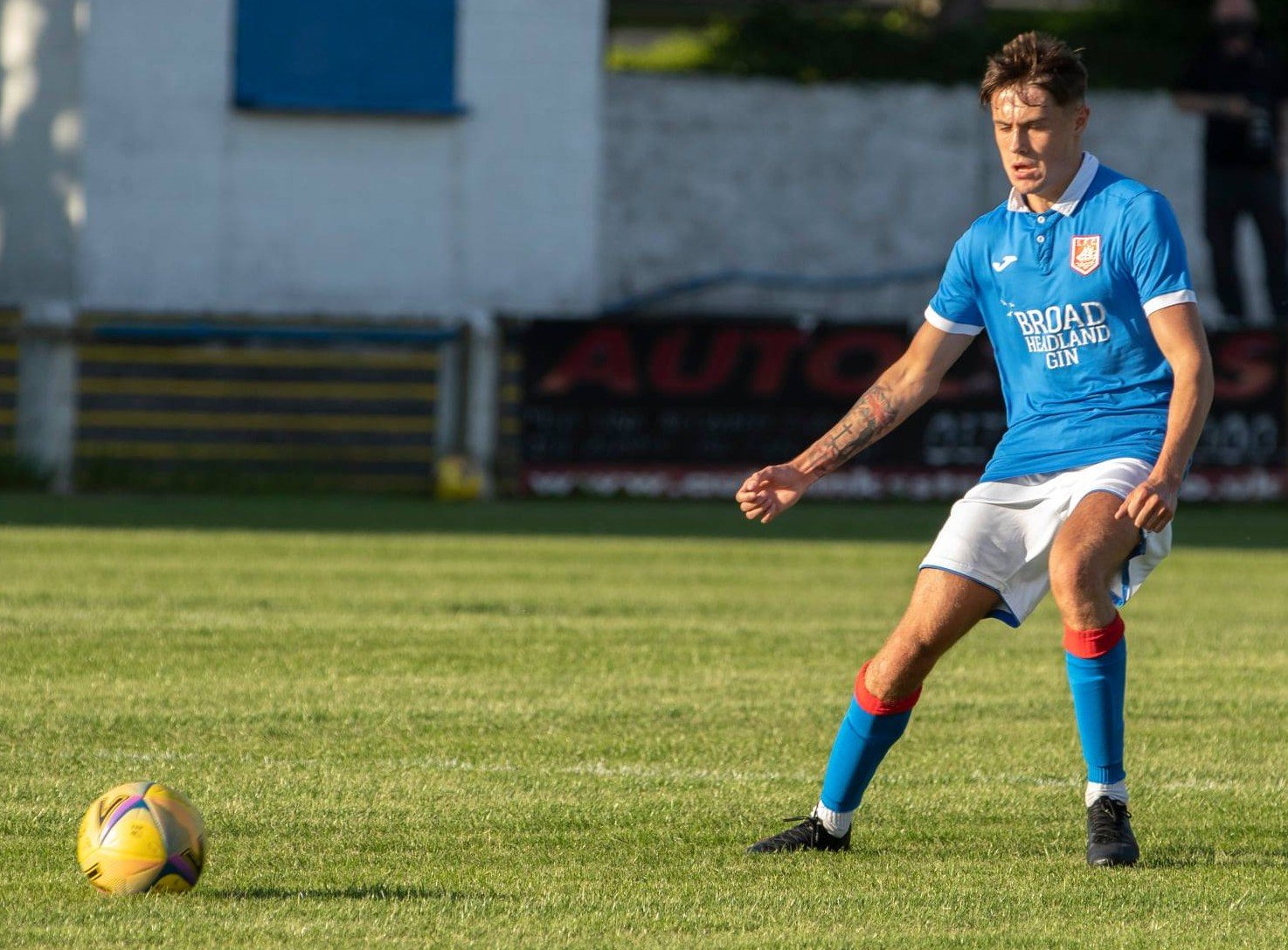 Victory over Edinburgh City last Friday evening narrowed the gap between the Blues and the top four to six points.

But Ross has vowed the squad will push until the end of the season to try to make it a reality.

He said: “We want to go to the play-offs.

“I know it is going to be a tough ask but, as a squad, we are definitely confident of getting there.

“We’ve got a wee run going and I am pretty confident that we can do well again on Saturday.

“Then, we are more than capable of capitalising on that.

“We are only looking up now for fourth place and hopefully we can keep this run of games going and climb up the table.”

Ross and defensive colleague Sean Burns were on the scoresheet on Friday for the second week in a row after they had found the net against Cowdenbeath.

Two headers for Ross took his tally for the season to three, having also found the net against Elgin City.

The 19-year-old described the win at Ainslie Park as “a very important result”.

He said: “We knew they had obviously beaten us a few times this season and we were still to take a point off of them.

“A win was the main goal on Friday and to take points off of them, which we probably should have done on all three times we have played them.

“To get that on Friday night was really good and keeps us in contention for the play-offs as well.”

Tomorrow (Saturday) brings another opposition that Stranraer have not yet beaten this season.

Stirling were winners at Stair Park back in August and the two games since then have both finished in draws.

The defender, who has played both right back and centre half this campaign, vowed to give it his all, despite knowing he was edging closer to suspension.

He said: “If I am being honest, I’m surprised it took me 19 games to get a booking.

“Some of them have been really soft, some were deserved, but I didn’t really want them all to come at one time.

“I think I’m one booking away from suspension so I am having to watch myself.

“But if a booking needs to get made then I will take one for the team.”

Jack Leitch had opened the scoring when Jack Baker could not hold Dale Carrick’s shot but Stranraer then equalised through Tommy Muir when Blair Currie could only push out an Ayrton Sonkur header.

Darryl Duffy then produced a clever finish to put the hosts in front but a double change from Darren Young would prove vital.

First, Dylan Mackin levelled the scores and then within five minutes Adam Cummins headed the visitors back in front.

However, Scott Robertson was brought down in the last minute and Matty Yates kept his cool to beat Currie.

Admission prices at Forthbank are as follows:

As with Kelty Hearts and Edinburgh City, Stirling Albion no longer offer any live streaming coverage.