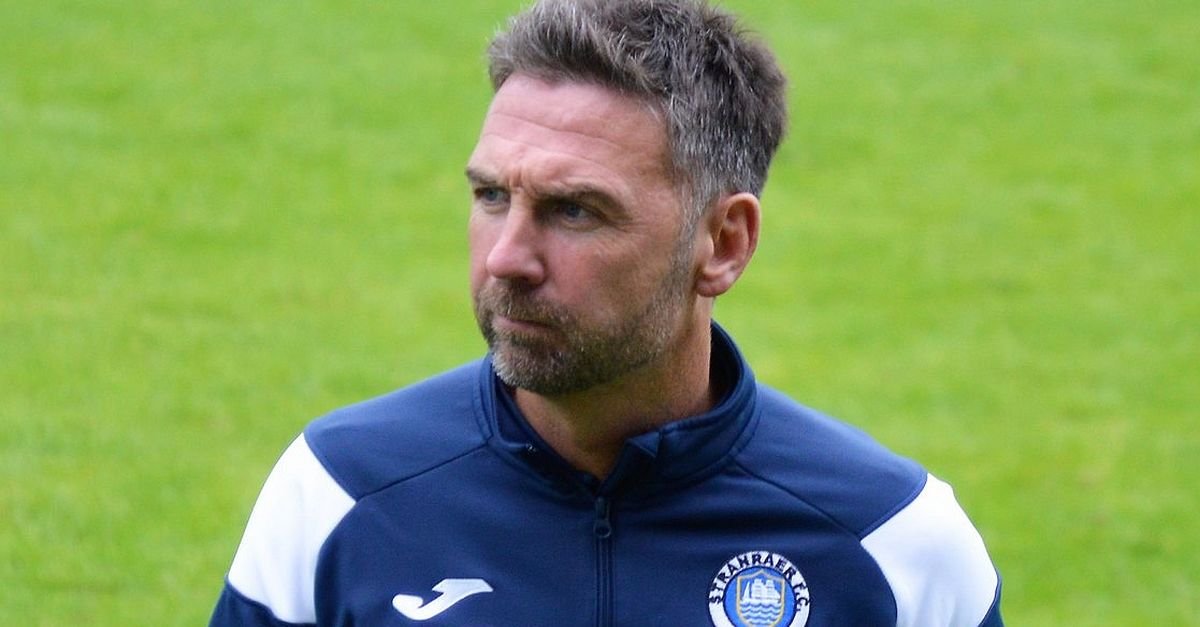 Now, finally, the curtain has risen with the Blues returning to pre-season training.

New and familiar faces will be on hand as the long wait comes to an end and Stranraer boss Stevie Farrell was looking forward to it.

He said: “I think everybody is looking forward to getting back to it.

“I think that is players, managers, committee, fans, journalists – everybody has just missed football.

“Everybody has missed that buzz.

“Through the course of any season you have good weeks and bad weeks but that is football and that is what makes it the game that we all enjoy and want to be part of.

“It is probably the longest anybody has gone without football in this type of environment.”

All 19 members of Farrell’s squad will be on hand for the first training session of the pre-season.

That includes new signing Tom Devitt, who made the move from Blyth Spartans to Stranraer on Thursday.

Last pre-season, Devitt was on the opposing side when the Blues travelled to Croft Park, with Blyth winning 3-1 and the defender finding the target.

The new signing will be making the trip north for the pre-season session and meeting his new team-mates for the first time.

“We have been working on it for a few weeks and I think it is a wee bit different.

“We have gone out of the Scottish market and gone into the north of England market.

“It came around because of Ayrton Sonkur’s agent and Tom is actually from the same stable.

“We nearly had a Scottish centre back signed but that fell through at the last minute unexpectedly.

“We were back to square one but did not want to jump into anything.

“It was a casual conversation and, fortunately, I remembered Tom from the game against Blyth and we went away and did some homework.

“I watched the game back, watched as many videos as we could of Tom, spoke to as many people as we could and thankfully managed to get the deal done.”

The manager has not ruled out delving back into the transfer market and stressed he did not want to get caught in a similar situation to last season when injuries and unavailability blighted the campaign.

The first pre-season session will allow everyone to meet one another.

Farrell stressed this year’s pre-season would differ compared to the usual fare.

He added: “Although players have been training for a long time on their own, any player will tell you that is completely different than when you come together as a collective group.

“Normally, players will have had four or five weeks between the end of the season and the new season starting.

“This time, it is four or five months.

“We need to be very careful and we need to build them up.

“We have got six weeks so we have got plenty of time to make sure they are ready for that Betfred Cup.

As well as pre-season training, the club has lined up five pre-season friendlies, which will take place throughout September and the beginning of October.

All the games are subject to any changes in the coronavirus restrictions, with the Blues’ first team due to be playing the South of Scotland team on September 12 at Stair Park.

On September 15, they are hoping to travel to Alloa before Farrell faces off against former Stranraer boss Stevie Aitken and East Kilbride on September 19.

The final away game is at Cumnock Juniors on September 26 before Stranraer host Ballymena United on October 3.