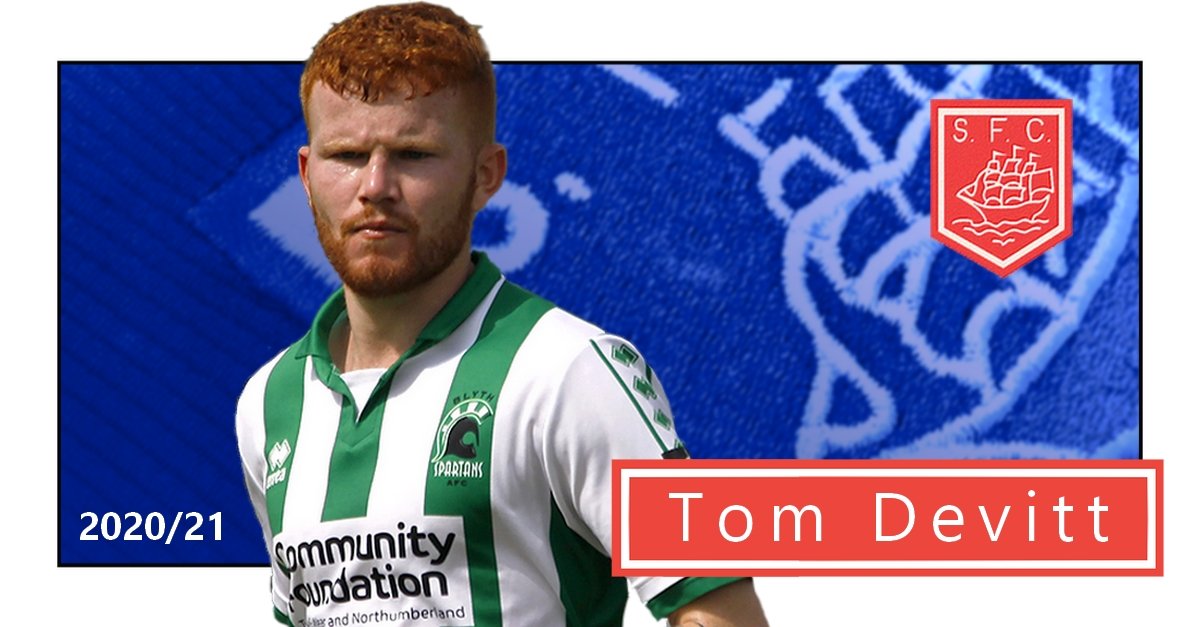 The defender will be lining up for the Blues having previously played for Blyth Spartans and Gateshead, in the north-east of England.

Devitt spoke to the club website and said: “Myself and Stevie had a Zoom call; obviously, that is what you have to do now.

“His vision for the club and my vision for myself aligned really well.

“Speaking to him, the move was something that I wanted to do.”

The 24-year-old was a regular for the Croft Park side last season having made the move from Gateshead.

And he should not be too unfamiliar a face for those who made the trip south of the border 12 months ago to see Stranraer face Blyth, with the home side winning 3-1 after Cameron Elliott’s goal.

He said: “I played and scored for Blyth that day!

“We played in pre-season and I think that is how it all came about.

“The manager knew me from that game and did his research

“He actually watched the game back, I think, and who would have thought I’d be here 12 months later?

“I remember it was a really competitive game and Stranraer went 1-0 up.

“It was a tight game and I remember thinking they were a good side.”