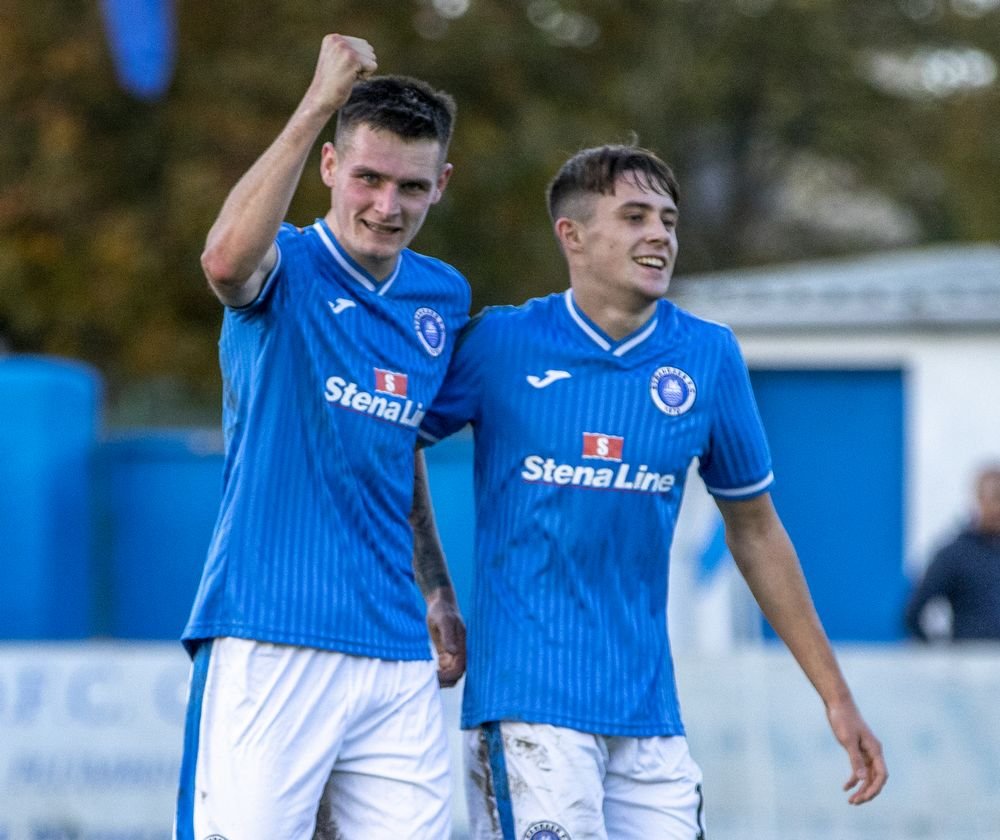 Striker Tommy Muir has raised almost £1,500 for charity after completing a gruelling challenge.

The fans’ favourite starred for Stranraer in the 2-1 win over Edinburgh City last Friday night before heading home to Dumfries.

However, it was not a relaxing night and a long sleep that was in store.

Instead, come 4am, he was pulling on his running shoes and heading out for a four-mile jog.

That would be repeated every four hours over the next 48 hours in aid of GamTalk UK.

The charity was founded by Paul Pettigrew, who became addicted to gambling at just 18 years old.

The addiction caused him to lose opportunities in his football career, university and relationships.

Muir had set a target of £500 and was delighted to tell the club website he had smashed that total.

“The total will probably still go up ever so slightly between now and the weekend.

“It was only £600 before I started running and was posting it on social media.

“A lot of donations came in and I am very grateful for that, especially given how times are with money.

“I really appreciate the support from everybody and I am close to three times my original target.”

Paul regularly delivers personal and informative presentations to young people about the dangers of gambling.

Muir, who undertook the runs in Dumfries and Dalbeattie, had decided to take on the 4x4x48 challenge for the good cause and described the activity as “the hardest thing I have ever done”.

Speaking earlier this evening as he travelled to training, he said: “Physically it was very demanding but mentally it was up there with one of the toughest things I have ever done.

“It was really tough with the lack of sleep.”

Although he did most of the runs on his own, he was joined by his brother Geoff, as well as team-mate Ross Irving, currently on loan at Dalbeattie Star, and former Annan Athletic team-mates Scott Hooper and Steven Swinglehurst, the latter travelling from Carlisle to support him.

Muir added: “Having them takes your mind off of it as well.”

You can support Tommy at his GoFundMe fundraising page.