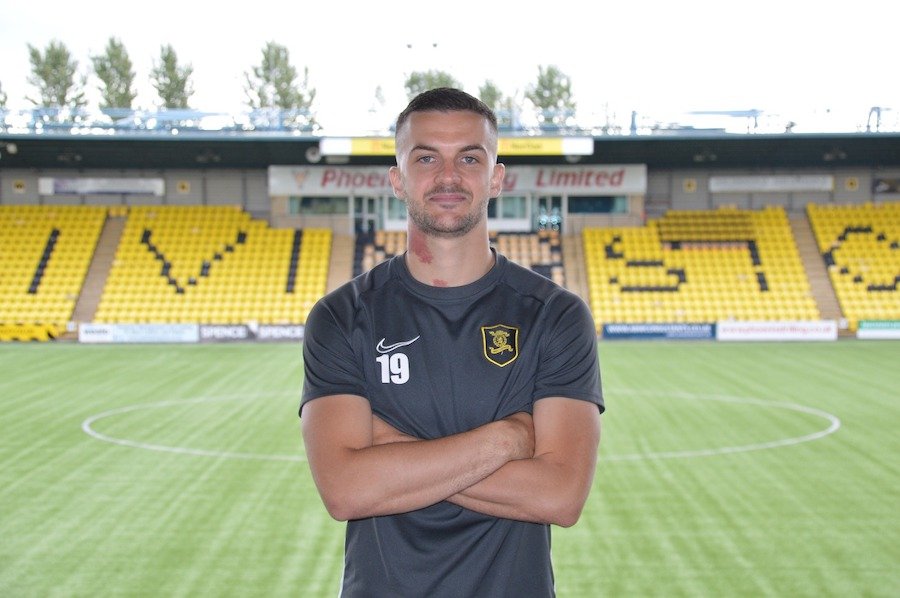 Match-winner Salim Kouider-Aïssa has two targets during his time with Stranraer: match fitness and goals.

The frontman made an immediate impression when he stepped off the bench to make his debut for the Blues against Albion Rovers on Saturday.

With the scores level at 1-1, Kouider-Aïssa had only been on the park 20 minutes when he got on the end of Matty Grant’s low cross.

Now, he is aiming for more of the same as Elgin City visit Stair Park this weekend.

He said: “It was a good way to please the home fans.

“Obviously, it was my first game coming in and getting the winner so I cannot grumble.

“I was out for quite a while last year and came back and was fit and ready to take the next step and start getting game time.

“I’ve been training well and it is just a case of getting that game time.

“Maybe at this moment in time I’m not ready for Airdrie but I’m here at Stranraer to win games and get the club as high up the table as possible.

“I’m concentrating on that and scoring as many goals for the team.

“We will see where it takes us as a team.”

Injury limited Kouider-Aïssa to just 12 appearances for Airdrie last season, with the last of those coming at the end of October last year.

The 26-year-old had played eight games for the Diamonds this season before making the temporary loan to move to Stair Park.

The former Queen’s Park and Livingston man had scored twice for Airdrie during those appearances, with strikes against Falkirk and Clyde both coming from the bench.

He said: “I’m not wanting the tag of super sub!

“I would rather be on the park from the start.

“If I can come and do that and score goals and get the club as high up the table as possible, hopefully come four or five games then I will be 100 per cent fit.”

The striker is no stranger to finding the net in League Two.

At Queen’s Park in 2019/20, after stepping up from Kilsyth Rangers, he scored 14 in 32 games and a further three in the various cup competitions.

Now, he is looking to do the same again in a Stranraer shirt.

He said: “It’s the monkey off the back right away in the first game.

“There is no pressure coming here.

“I’ve scored goals in League Two in the past and hopefully I can come and do it again.”