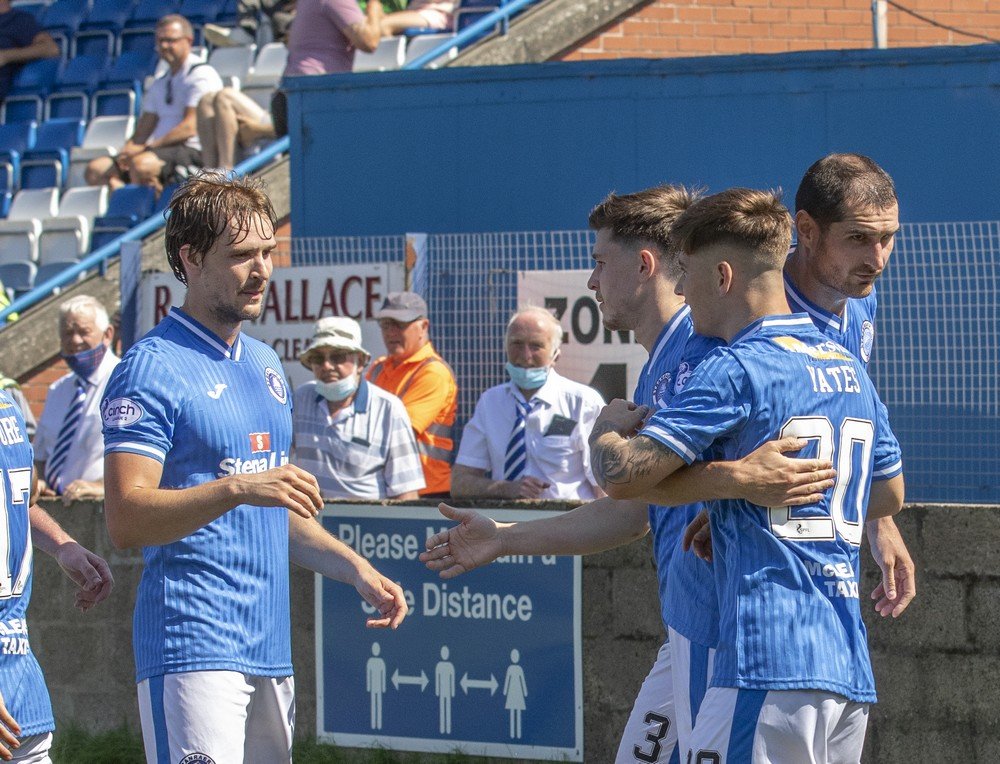 Matty Yates became the first goalscorer of the Jamie Hamill era as the manager won his first match in front of the Stranraer faithful.

The Blues were back at Stair Park in front of their fans for the first time in more than seven months and gave them the victory they craved.

For many of the home fans, there were likely more familiar faces in the East Kilbride ranks with Conor Brennan, Joao Victoria, Cameron Elliott, Craig Malcolm, Chris Aitken and Stevie Aitken involved – totalling more than 700 appearances for Stranraer.

Chances were at a premium in the early stages of the first half but the game came to life after a water break at the midway stage.

Barely 60 seconds had been played after the restart when Stranraer broke the deadlock.

Grant Gallagher battled to retain possession and then played an inch-perfect ball through the visiting defence for Yates.

It was clear what the striker was going to do as soon as the ball reached him and he curled the ball round Brennan to make it 1-0.

Stranraer had only been in front for four minutes when East Kilbride almost levelled things up.

The home defence kept backing off and Neil McLaughlin powered forward and hit a low shot, which came back off the post, with Victoria unable to tuck away the rebound.

The woodwork came to Stranraer’s rescue again five minutes before the break.

Steven Old rose highest for Jamie Stevenson’s free-kick but the ball looped onto the crossbar and over.

Stranraer had perhaps shaded the first half but found themselves increasingly on the back foot after the interval.

East Kilbride pushed to get back on level terms, with some stubborn Stranraer defending keeping them at bay.

However, one of the former fans’ favourites should have come back to haunt them.

Malcolm had played most of the game in a deeper role but was pushed up front as time started to run out.

He had a few chances in the closing stages, with the best of those coming with 10 minutes left.

The striker raced onto a long ball up the park and found himself clean through with just Lyle to beat.

The on-loan goalkeeper stood tall though and snuffed out the chance, with Malcolm also heading off target.

Stranraer could have wrapped it up in stoppage time when Yates very almost turned provider for substitute Josh Rennie.

Unfortunately, Brennan stood tall at the edge of his box and made the save, with the scoreline finishing at 1-0.