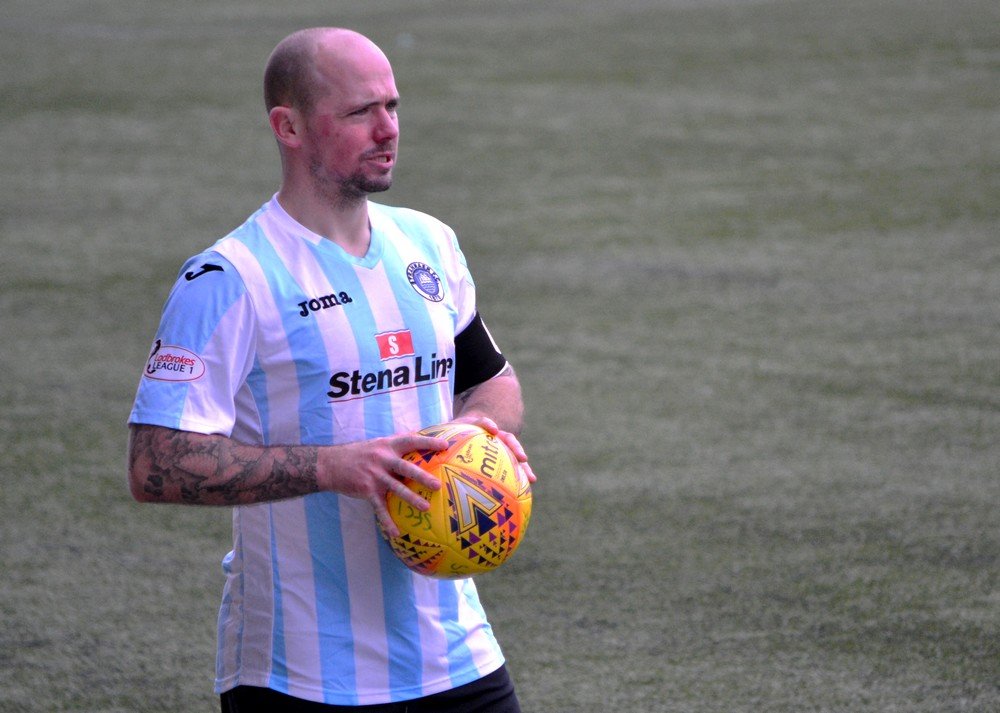 Stranraer face a showdown with Ayrshire heavyweights Kilmarnock on Saturday in the final round of Premier Sports Cup group stage fixtures.

A historic win for the Blues at Rugby Park would see us through to the knockout stage, and a draw may well be enough, should Clyde fail to win by three or more goals.

It’s a tie that’s 23 years in the making, with the sides doing battle for the first time this century, having last met on 24 January 1998.

And despite Stranraer being two divisions below their hosts, there will be a lot of familiar faces on display for Killie fans on Saturday.

Despite being the youngest manager in the SPFL, the new Stranraer manager will need no introduction to the Rugby Park faithful on Saturday.

Jamie Hamill faces a big task against his former club in only his third competitive fixture as Blues boss, but the occasion itself should pose very few surprises for Hamill, having plenty of top flight experience as a player.

The former Hearts defender rose through the youth ranks at Kilmarnock and boasts over a hundred appearances for both clubs.

Along with assistant manager Darryl Duffy, Hamill will be joined in the dugout by Billy Thomson, a highly regarded goalkeeper in his day who was a fantastic servant to St Mirren and Dundee United.

A Scotland international, Billy is fondly remembered by United fans for his heroics during their 1986/87 UEFA Cup campaign, and in later years recorded half a century of appearances for Motherwell, before acting as backup to Andy Goram at Rangers.

Thomson spent six years in the backroom team at Rangers and until this summer was goalkeeping coach at Kilmarnock, having joined the Rugby Park club in 2007.

Stranraer have no less than six players with Kilmarnock connections, perhaps none moreso than Curtis Lyle.

The goalkeeper joined us on loan from the Championship contenders earlier this month, but is ineligible for the match against his parent club.

However, fellow keeper Jamie Walker could be in contention, having joined Stranraer on a permanent basis in summer 2020.

The youngster previously spent five years training under Billy Thomson at Rugby Park, and knows several of his current team mates from his time at Kilmarnock.

Creative midfielder Josh Walker, the son of former Blues midfielder David ‘Pele’ Walker, was released by Killie in 2020 and joined the Blues later that year.

The 20 year old could be one to watch for Stranraer this term, having impressed in pre-season and scored a free kick in the win over Darvel.

Another man who found the net in pre-season, defender Craig Ross looks a shrewd addition by the new manager following his release from Kilmarnock.

Still only 19, Craig has been steady at the back and finished the pre-season schedule with two headed goals to his name.

Dean Hawkshaw made 21 appearances for Kilmarnock before playing alongside Hamill during his first spell on loan at Stair Park, and has since appeared for Airdrieonians and Glenafton Athletic.

Dean rejoined the club in July 2021 and has spoken of his determination to impress.

Josh made his Kilmarnock first team debut in the 2019/20 League Cup, and gained further first team experience during a loan spell with Hurlford United.

One figure in the Kilmarnock squad who could have a big part to play on Saturday is striker Innes Cameron.

The 20 year old has worked hard to earn his place in the Killie first team, following an impressive loan spell at Alloa Athletic which saw him regularly on the scoresheet.

Of course, Innes will be a familiar face to Stranraer supporters, having scored 10 goals in 30 loan appearances during the 2018/19 season to help keep the Blues in League 1.

Sadly due to ongoing restrictions, only Kilmarnock supporters will be admitted for Saturday’s group stage tie at Rugby Park.

However, you can watch via the home club’s live stream from the comfort of your home, priced at £10.