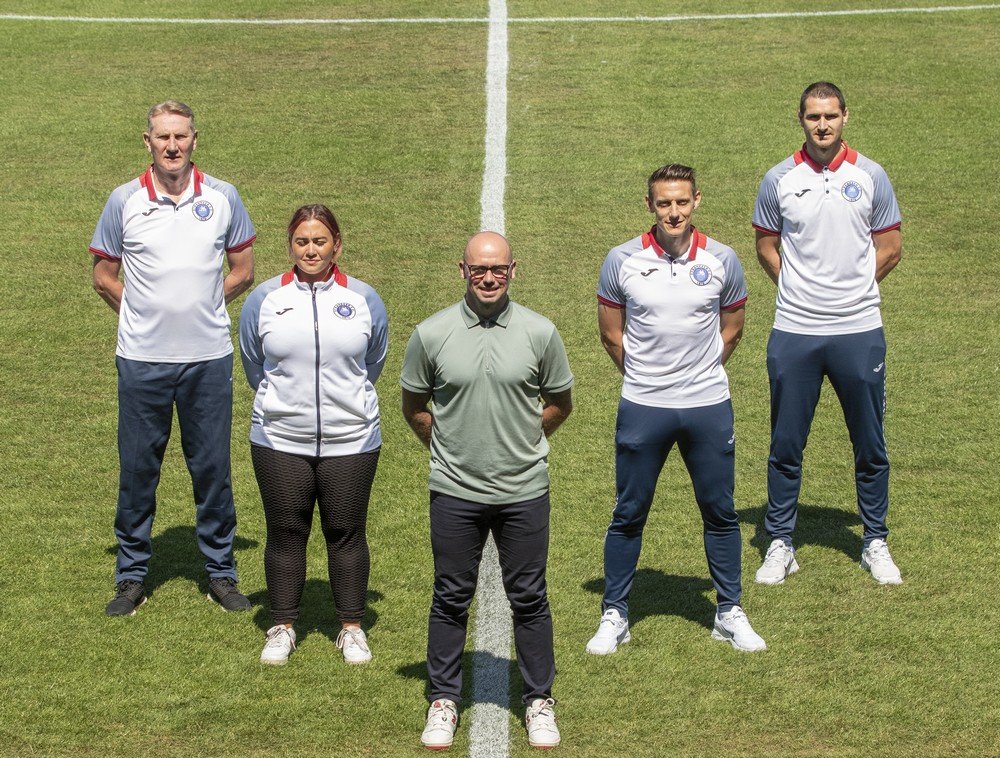 There will be no case of divided loyalties when Jamie Hamill returns to Rugby Park on Saturday.

The Stranraer manager is no stranger to the home of Kilmarnock Football Club and represented the Ayrshire side on nearly 200 occasions.

However, he was quick to dismiss any suggestions of it being an emotional return to where it all began.

He said: “Obviously, I have done a few interviews this week regarding the Kilmarnock situation.

“I had a good many years at Rugby Park and met some good people.

“There are still a couple of boys there from when I was there with Kilmarnock.

“At the end of the day, my focus is on Stranraer and we have got a big job to do against a good Championship side.”

Rugby Park will be a familiar sight to a number of the Stair Park squad, including Curtis Lyle.

The goalkeeper has featured in Stranraer’s contests with Clyde and East Kilbride since joining the Wigtownshire side on loan from tomorrow’s opponents.

However, he is ineligible for the final group game of the Premier Sports Cup, which opens the door for one of Jamie Walker, previously of Kilmarnock, or Luke Scullion to make their debut.

Hamill was keeping tight-lipped on who would get the nod between the sticks.

Lyle kept his first clean sheet for the club in the 1-0 win over East Kilbride last time out.

The manager was happy with the defensive side of things but felt there will still plenty to come from his team.

He said: “You look at the Clyde game and how well we played.

“You look at the East Kilbride game and we were maybe fortunate to come away with three points.

“That’s football and you are going to play games and be the better team for 85 minutes but you get beat 1-0.

“Against East Kilbride, we defended really well at certain points and that was something I was really pleased with.”

Hamill also revealed discussions have been ongoing with a number of clubs with a view to further strengthening the squad, with the possibility of loan and permanent signings being weighed up.

It has been more than 20 years since Stranraer and Kilmarnock last locked horns in a competitive match.

The Scottish Cup clash at Stair Park saw Stranraer almost get to half time with the scores goalless. However, right on the half time whistle, Jerome Vareille found the net.

Future Ayr United manager Mark Roberts scored four minutes into the second half and it was game over.

Sadly due to ongoing restrictions, only Kilmarnock supporters will be admitted for Saturday’s group stage tie at Rugby Park.

However, you can watch via the home club’s live stream from the comfort of your home, priced at £10.