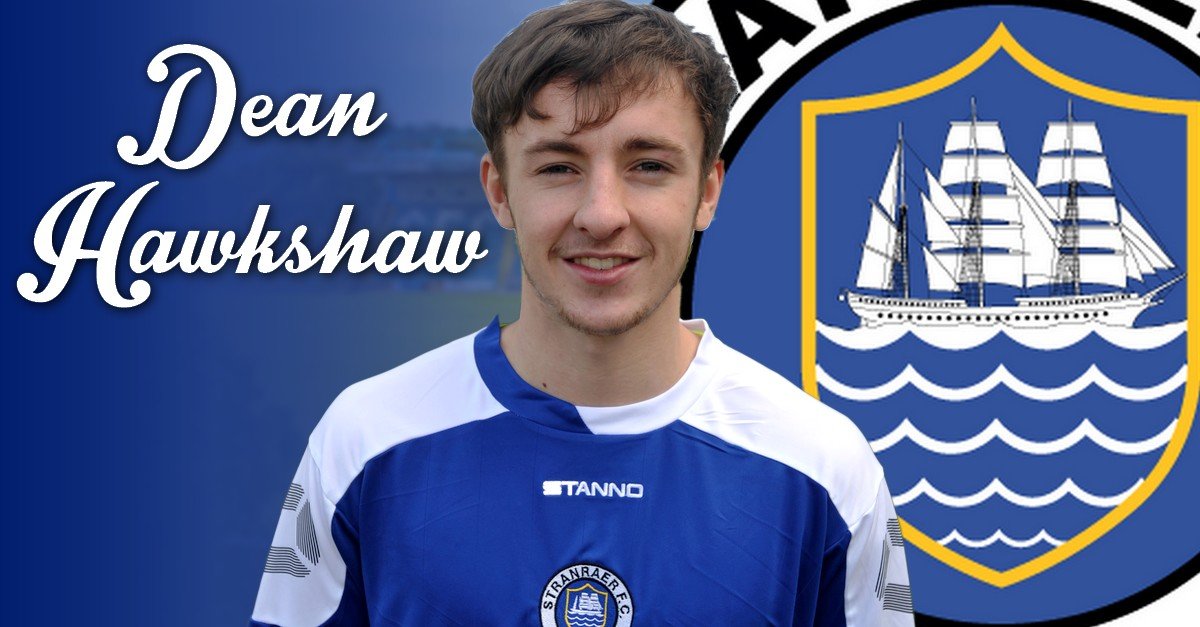 “Unfinished business” was how Dean Hawkshaw summed up his return to Stranraer.

The midfielder is the latest addition to Jamie Hamill’s squad and came off the bench on Tuesday night at Clyde to make his ‘second debut’.

Hawkshaw previously played alongside Hamill when he was on loan at Stair Park for the second half of the 2017-18 season.

Now, his former team-mate is in the dugout and Hawkshaw is determined to impress.

Looking back to his first spell with the Blues, he said: “It was all a bit of a blur.

“That much has happened since then that I cannot remember much about it.

“There is a feeling of some unfinished business.

“I wanted to come back and do better than I did the first time.

“I remember being in on loan and it just happens the player I spoke to most was Cammy McPherson and it is good to see him doing well at St Mirren.

Hamill and first team coach Scott Robertson, who lives near the former Kilmarnock midfielder, had been in touch with Hawkshaw earlier in pre-season.

A pre-arranged holiday meant his signing was delayed but after featuring in a closed doors game against Queen of the South he put pen to paper.

The game at Broadwood Stadium was his first competitive action in a number of months with his last season curtailed by the coronavirus.

A David Goodwillie penalty ensured it was Clyde who took all three points, although Stranraer created plenty of chances.

Hawkshaw was confident if they could turn those chances into goals it would not be long before him and his team-mates were celebrating victories.

Twenty-four-year-old Hawkshaw said: “I think it is fair to say we should have taken something from the game.

“Even when I came on, I should have scored two, which is annoying for me.

“It was good to get on and hopefully I will score at the weekend.

“It was one of those games where it just did not seem to go in the back of the net.

“That was the only thing that was missing.”