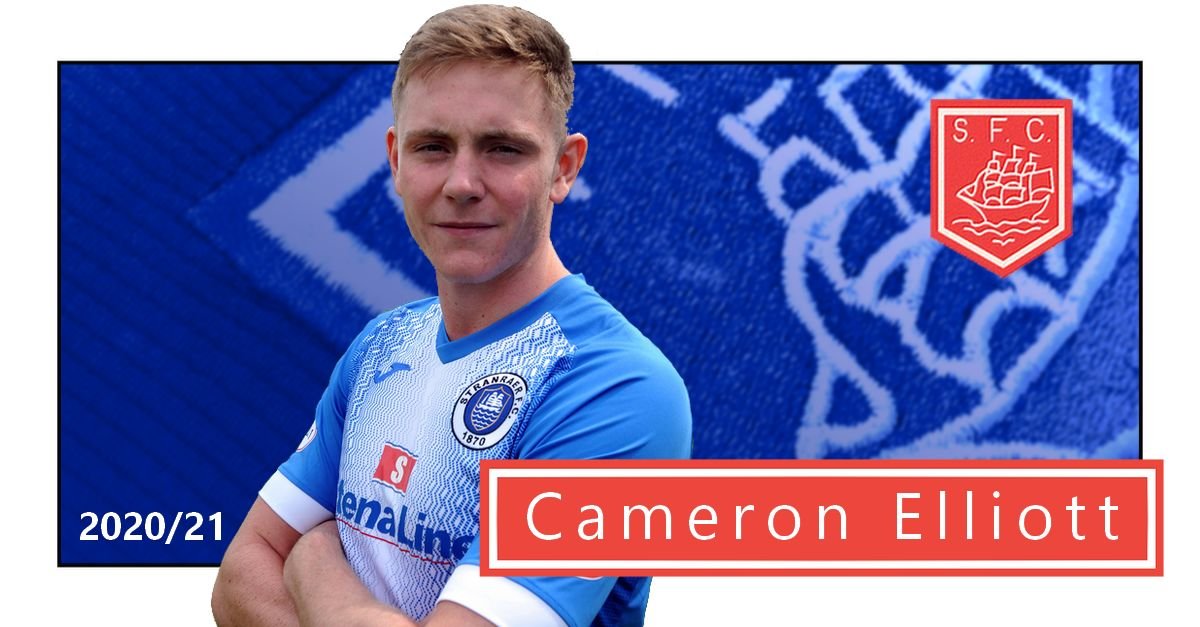 THE influence of Stevie Farrell was enough to convince Cameron Elliott to extend his stay with Stranraer.
The 21-year-old has been an increasingly key part of the Blues squad in the last three years as he has clocked up more than 60 appearances.

Now, Elliott is keen to add to that and repay the faith of the manager.

He said: “I’m really looking forward to next season.

“Hopefully we can kick on and get a bit better luck.

“I think I have developed a lot over the last three or four years at Stranraer.

“Stevie has had a massive influence on that and hopefully another year will stand me in good stead for maybe trying to go full time and further my career.”

The Blues struggled for goals last term, with just 28 scored in the league.

Elliott scored five in all competitions and was keen to find the net more over the coming campaign.