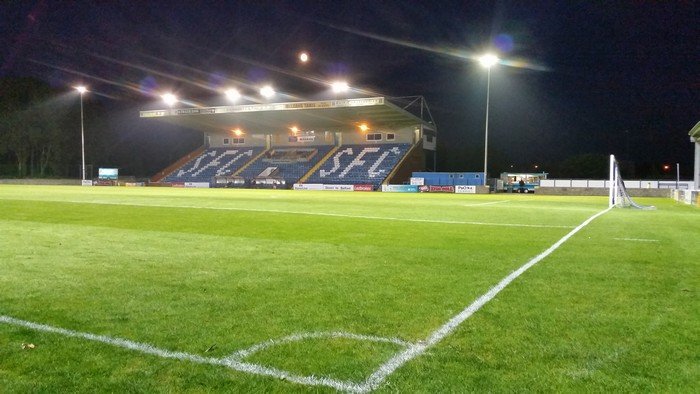 In an enthralling second half, the Blues went two goals up through some fine finishing from the lively duo of James Hilton and Matty Grant.

Martin McNiff made the most of a defensive scramble to pull a goal back for the Sons, before a dramatic final five minutes under the lights at Stair Park.

Dylan Forrest made a late challenge in the box and was dismissed for a second bookable offence, with substitute Joe McKee converting the penalty to the level the scoring.

But Stranraer rallied, and when the surging run of Paul Woods was brought to a halt by Aaron Lynas, referee Steven Kirkland had no option but to point to the spot for a second time.

Woods made no mistake, tucking the ball into the corner past the outstretched fingertips of visiting keeper Brett Long.

Next up for the Blues is another home match, this time against 10th-placed side Albion Rovers.