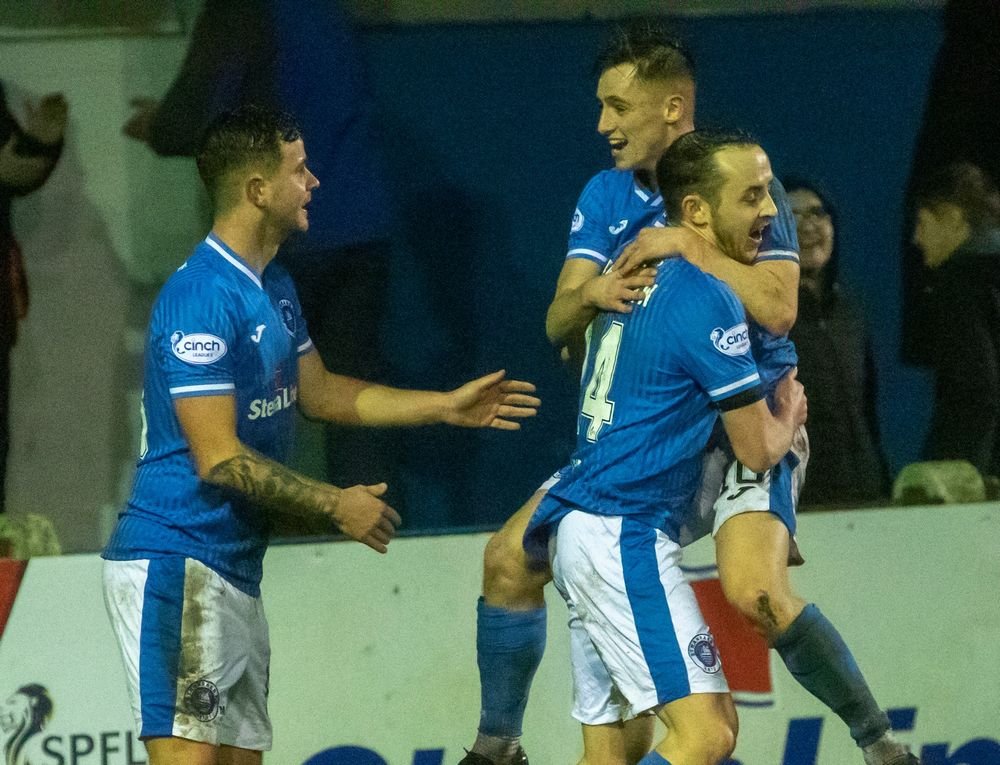 Dean Hawkshaw’s close range finish just before the hour mark ensured Stranraer and Annan had to settle for a share of the spoils.

Dreadful conditions at Stair Park meant it was not a game where both teams were able to string together slick football.

Instead, chances were at a premium with both teams cancelling each other out for large spells of the game.

Jamie Hamill was forced into one change from the side that had lost out to Albion Rovers as James Hilton was missing through illness and Josh Walker came into the team.

The visitors, who could have moved above Stranraer with a win, opened the scoring in just the seventh minute.

Stranraer managed to clear a corner but on the second phase of play Chris Johnston whipped the ball back into the box.

The home side’s best chance of the half came just three minutes later.

Scott Robertson picked up the ball deep in his own half and powered through the centre circle.

His pass through the Annan defence gave Walker the opportunity to get a shot away but he pulled his effort across Greg Fleming’s goal and wide of the post.

Barely a minute into the second half and Annan could have doubled their advantage.

Again, former Kilmarnock man Johnston was at heart of it but Scullion managed to get a hand to his shot before then gathering the loose ball.

Stranraer were creeping into the game though and enjoying more possession of the ball.

The equaliser came on 57 minutes when Walker picked out Salim Kouider-Aissa with a cross into the box.

The on-loan frontman nodded the ball back across goal and Hawkshaw had gambled and bundled home from close range.

Goals change games and all of a sudden Stranraer found themselves on the front foot.

A clever bit of play from Scott McLean saw him skip between two defenders and get a shot on goal.

The effort flew beyond Fleming but Steven Swinglehurst was smartly positioned on the line to get it to safety.

At the other end, Johnston had another effort held by Scullion but increasingly it was becoming Stranraer who were on the front foot.

Walker was denied by a fine Fleming save, with the visitors fortunate the ball did not land at the feet of an attacking player, and the goalkeeper had to be on his toes to get down to a bouncing shot from substitute Luke Watt just a few moments from time.

If Annan edged the first period, then Stranraer could likely feel they did the same after the break.

Neither team did quite enough to turn one point into three and both will go again next weekend to try to strengthen their play-off bid.