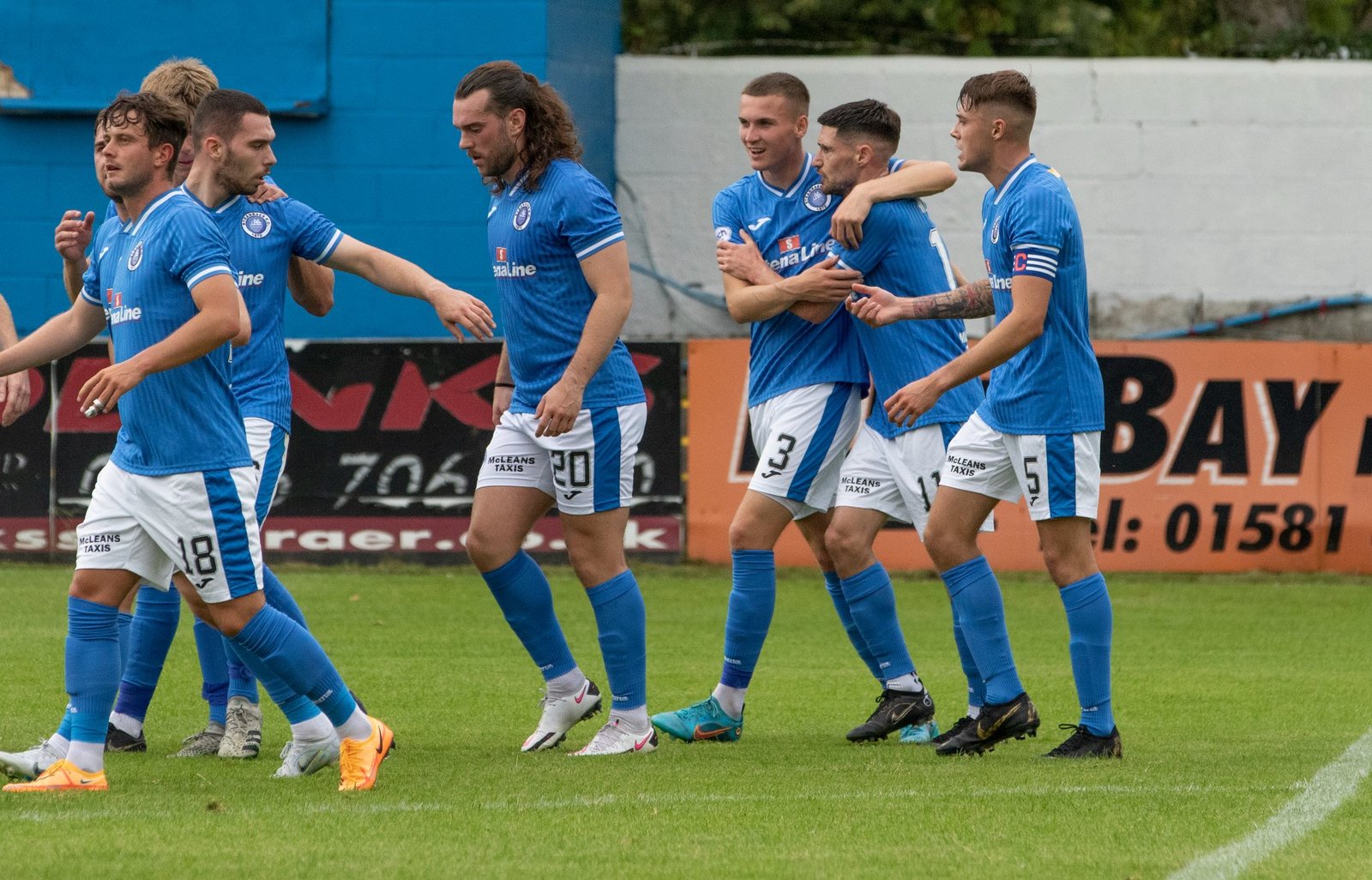 A Paul Woods penalty midway through the first half saw Stranraer pick up their first opening day win since 2017.

The Blues endured a challenging time during the Premier Sports Cup but there were signs of promise in the last match with Forfar Athletic.

In contrast, Annan came into the game buoyed by their own performance in the cup competition, which saw them become the first League Two team to qualify for the knockout stages.

Stranraer were missing Grant Gallagher, Dean Hawkshaw, Darryl Duffy and Sean McIntosh but they were boosted by Craig Malcolm returning for a third spell at the club.

If a Hollywood scriptwriter had penned what would happen at Stair Park, they would have had Malcolm scoring on his third ‘debut’.

And that very nearly happened on 21 minutes.

Scott McLean’s free-kick to the back post reached the striker and his looping header had Greg Fleming back-pedalling.

The former Stranraer goalkeeper managed to get back to tip the effort over the bar but he would be beaten in the next attack.

Fleming had thrown the ball out towards his defender but the loose ball was intercepted by Woods.

He powered into the box and was chopped down by Annan captain Scott Hooper.

Woods dusted himself down and sent Fleming, who saved a Stranraer penalty at the same end of Stair Park last season, the wrong way.

Annan threatened an immediate leveller with a couple of nervy moments in the Stranraer defence.

However, the team held firm and finished the half the stronger.

Malcolm again came close as he pressured Hooper into heading the ball beyond the onrushing Fleming.

The defender recovered to hook the ball clear but there was little the visiting defence could do three minutes before the break.

Luke Watt failed to score in his dozen appearances in his first spell with the club but came very close to changing that with a speculative lob from 40 yards, with Fleming well beaten.

Stranraer continued to have the upper hand after the interval and only the woodwork stopped them from doubling their advantage.

Dylan Forrest was enjoying an impressive afternoon in midfield and found Malcolm on the edge of the box.

The striker found a pocket of space and got the shot away, only to watch it come back off the post and fall kindly for Fleming.

When Stranraer had the ball in the net, there was an offside flag to deny them.

Anton Brady, who had been denied by Fleming in the first half, linked up well with James Hilton, who flicked the ball over the goalkeeper but the effort was ruled out.

The efforts were beginning to show for Stranraer and they began to tire in the later stages.

Annan were increasingly putting the ball into the box but the home defence continued to work hard to keep Luke Scullion relatively untested.

A Tommy Goss header in injury time was the best the visitors could manage but Stranraer held on for a well deserved three points.

A quickfire return to Forfar next weekend awaits the Blues, who will look to build on the impressive opening day showing.