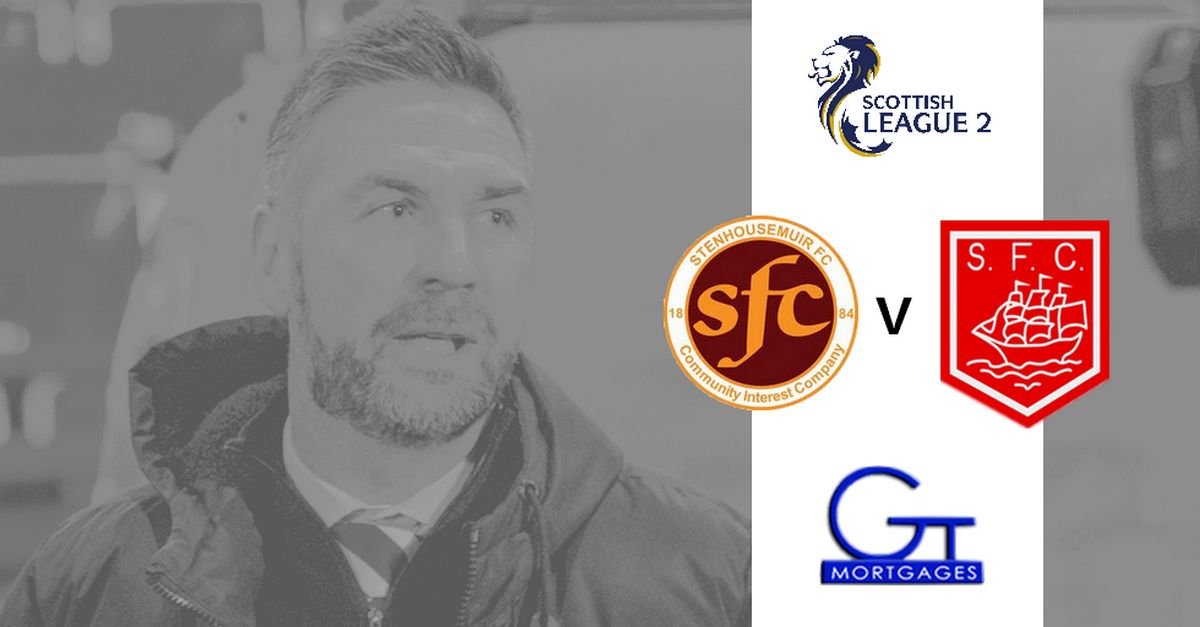 Stevie Farrell has heaped praise on everyone connected with Stranraer after the club went on their best run of form since his first few games as manager.

Unbeaten over the last six games over 90 minutes, the Blues have picked up four wins in that time and two draws, including a penalty shoot-out defeat to Ayr United.

The impressive form resulted in Farrell and Darryl Duffy receiving the manager and player of the month awards last weekend.

Ahead of a trip to Stenhousemuir tomorrow (Saturday), the manager revealed the secret to an impressive start to the current campaign was fairly simple

He said: “It’s the players.

“It’s as simple as that.

“Players are everything at a football club and if you can get players playing with a confidence and a belief then you have got a chance of going on runs like we are on.

“The players are in a good place and that is not only on a Saturday.

“It’s on a Tuesday and a Thursday.

“If you came in and watched these players train, you would see their application and they are just a really good group of players.

“There is good competition as well, which I think is another factor.

“Every manager at every level will tell you that having competition in the squad and choices to make every week when you select your team bodes well for picking up results and performances.”

Cameron Elliott returns to the squad for the trip to Ochilview after more than a month on the sidelines while Josh Walker remains out with a slight ankle injury.

Farrell was happy to welcome back Elliott, who is one of the longest serving players at the club at the age of just 21.

The manager said: “It is good to have him back in the squad.

“It is good to have him back, he is a good player with the roles that he can play, he has been with us a long time as well and he is a great addition to have back.”

Lewis McIntyre has been allowed to play with the South of Scotland team but Farrell stressed that was to allow the defender to get minutes under his belt and to retain his match sharpness so he was ready when the first team needed him.

Following last weekend’s 2-2 draw with Stirling Albion, Farrell and Duffy, who was on target against his former side, picked up their prizes for November’s efforts.

The Stranraer boss was quick to stress it was a team effort for both prizes.

He said: “I actually think it should be team of the month.

“There are so many ingredients go into having the month that we did.

“The manager is just a small part of that.

“I genuinely believe the players must take great responsibility for all the accolades they have had for the month that they have had.

“Likewise, the management team, my physio, the doctor and everybody.

“There are so many – the committee – everybody involved.”

Only five of Stranraer’s team from the last visit to Ochilview remain at the club, just 18 months on.

Jamie Hamill, Adam Cummins, Connor McManus and Joao Victoria all played their part in a narrow 1-0 win. Cameron Elliott was an unused substitute on the day, with Innes Cameron scoring midway through the first half.

Stranraer and Stenhousemuir will both welcome Dan McFarlane for the first time.

The referee is taking charge of his first League Two contest having been in the middle for two Betfred Cup games this campaign.

The latest of those came at Cliftonhill last month when Annan Athletic were the visitors. Two former Stranraer men were on target in a 5-1 win for the Dumfries and Galloway side. Max Wright scored twice with Mark Docherty also scoring from the penalty spot. Kyle Fleming also scored a double for the visitors, with Kieran Dolan scoring a late consolation for Albion Rovers.