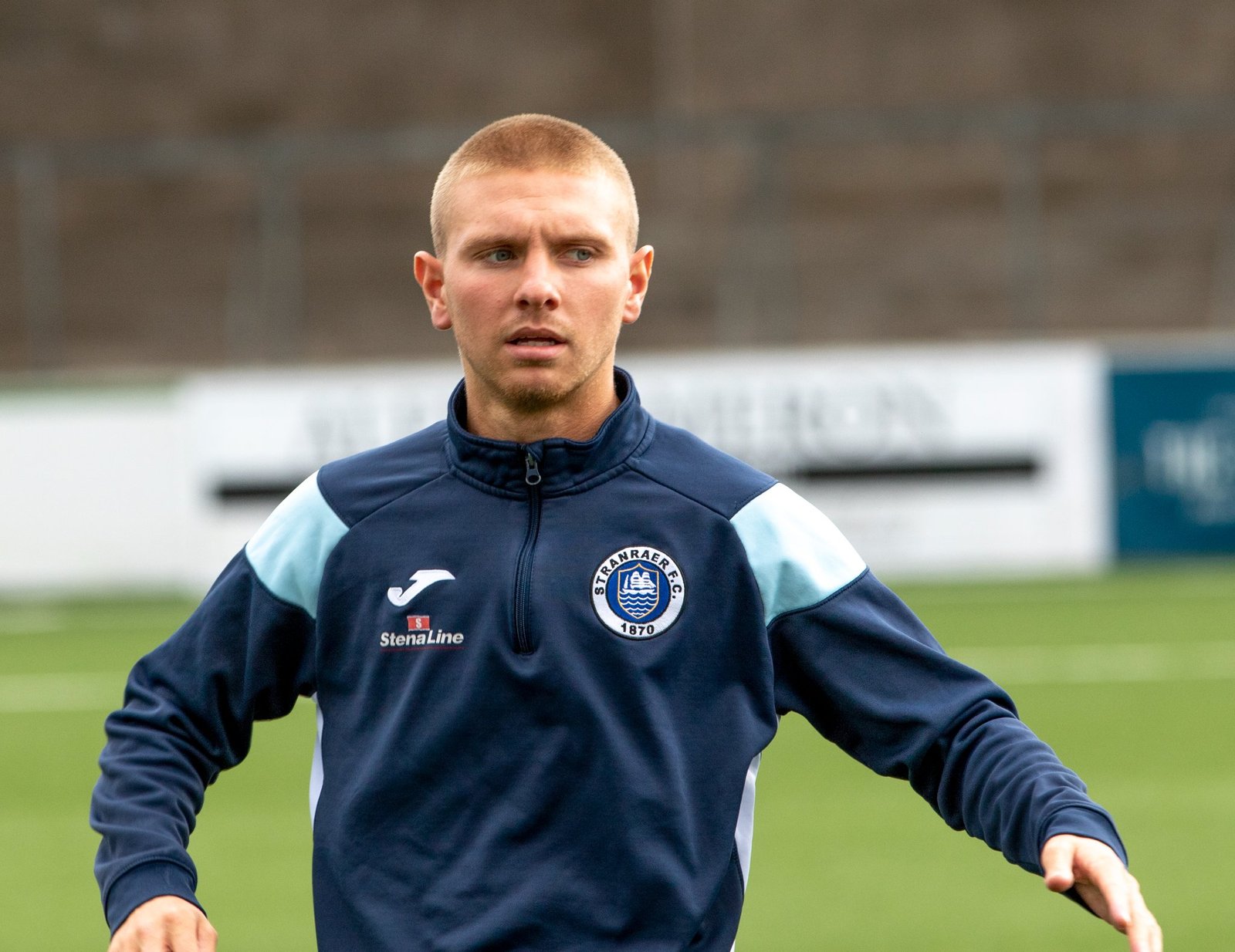 Recent signing Matty Grant is determined for his team to hold out until the final whistle – regardless of how many minutes are on the clock.

Many will consider Stranraer unlucky in their last two home games to only have taken two points out of a possible six.

Although still unbeaten at home, stoppage time strikes from Bonnyrigg Rose and East Fife have left the 2-2 draws almost feeling like defeats.

“Obviously, the same happened a few weeks ago against Bonnyrigg and it has just happened all over again.

“I thought the boys did well to dig deep for the last 25 minutes but conceding like that it feels like a defeat.

“We will go back on the team bus and it will just feel like a defeat.

“That’s us lost out on four points by conceding twice in the last minute.

“It’s not a great feeling.”

The similarities between the Bonnyrigg and East Fife encounters do not end with the same scoreline.

On both occasions, Stranraer had been reduced to 10 men with Craig Ross shown a straight red card against the Midlothian side and Luke Watt repeating the unwanted trick last time out.

Grant had been replaced by Scott McLean by the time Watt was given his marching orders.

The 20-year-old was making his fifth appearance for the Blues having joined from Pollok, where he played alongside former Stranraer favourites David Barron and Adam Forde.

“I’ve come in and worked quite hard and played the last few games.

“I know myself that you are not going to play well in every single game and I feel like that happened today.

“I don’t think I played at my best – could be better – it was just one of those games.

“I need to work on myself and take things from there but so far it has been really good.”

A Craig Ross header midway through the first half helped Stranraer to three points at Ochilview Park on the last visit.

The defender rose highest to head home Sean McIntosh’s cross and within three minutes James Hilton had made it two.

Scott Robertson picked out his team-mate on the edge of the box and Hilton coolly slotted home. Hilton also scored the third after a swift counter-attack when he fired first time beyond Peter Urminsky.

Adam Brown pulled one back with a neat finish in the box but any chance of a comeback was ended when Urminsky tangled with Tom Muir late on.

1. There will be a handful of familiar faces to Stranraer fans in the Stenhousemuir squad for today’s match. Goalkeeper Conor Brennan played six games for the club while Matty Yates has joined Tom Orr in the striker department at Ochilview. Defender Daniel Higgins also had a spell at Stair Park in late 2018. He made 11 appearances for the Blues with his debut coming against Stenhousemuir. The Blues won 2-0 at Stair Park on that occasion with Kyle Turner and Innes Cameron finding the net. The Stranraer team that day was: Currie, McGowan, Brownlie, D Smith, Hamill, Cummins, McManus, Turner, Anderson (Diver 85), Layne (Cameron 60), Donnelly (Higgins 74). Not used: I Smith, Lamont, Elliott and Avci.

3. Stranraer won 4-1 and 3-1 at Ochilview Park last season but their biggest win in recent years came in 2016. Willie Gibson, Kyle Turner and Christian Nadé all scored alongside a Craig Malcolm double in a 5-0 triumph.

4. Meanwhile, Malcolm scored a hat-trick in a 5-1 win at Ochilview Park on Boxing Day 2015. Jamie Longworth and Sam McCloskey also found the net for the Blues, with Ross Meechan scoring for the hosts. It was a result which kick-started Stranraer’s season as they raced up the table to finish in the play-offs.

5. If selected, Josh Walker will make his 50th appearance for Stranraer at Ochilview. During that time, the midfielder has found the net on five occasions, including goals against Bonnyrigg Rose and FC Edinburgh this season.