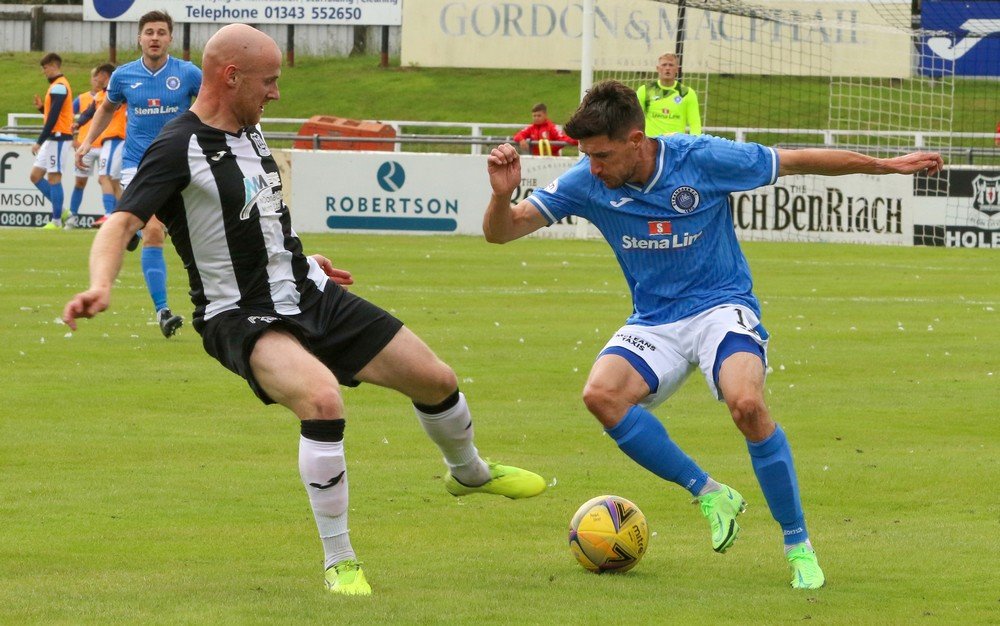 When Paul Woods was forced off injured at Arbroath on March 24, 2018, few could have predicted that would be his last game for Stranraer for more than three years.

Back in blue, the midfielder has slotted back into the team under new manager Jamie Hamill.

Already, he has added to his assist tally with the club and fought his way into the starting line-up.

It’s perhaps no surprise then that he is enjoying life back at Stair Park.

He said: “It is good to get back and see some faces that I have not seen for a while.

“It’s good being involved with the SPFL again after being in the Lowland League for a while.

“I am enjoying being back and there is a good group of players.

“With the gaffer getting the job, I thought he would do well and there was a certain way he would like to play.”

Woods featured 35 times under Stevie Farrell in 2017/18 in what would best be described as an eventful season.

The Blues were doing well in League One when financial issues meant the departure of several key members of the squad, including Steven Bell and Cameron Belford.

Despite the departures, Stranraer stayed up that season with some memorable results, including Woods’ farewell at Gayfield where they came from 2-0 down to win 3-2 with goals from Stephen Okoh, Grant Anderson and Scott Agnew.

Woods said: “Myself and Jamie Hamill kept in touch.

“That group of boys that played together were quite friendly and I have kept in touch with Scott Robertson, Grant Anderson, Liam Dick, Scott Agnew and Ryan Thomson.”

Woods is now one of the older members of the squad and he turns 35 next month.

In comparison, more than half a dozen of his new team-mates were born after the turn of the millennium.

Despite that, the former Queen’s Park man felt there was still plenty left in the tank.

“I feel as fit as I have ever felt, which is a big part of it.

“I don’t feel as though I am slowing down and still have the belief and heart to go and play at this level.”