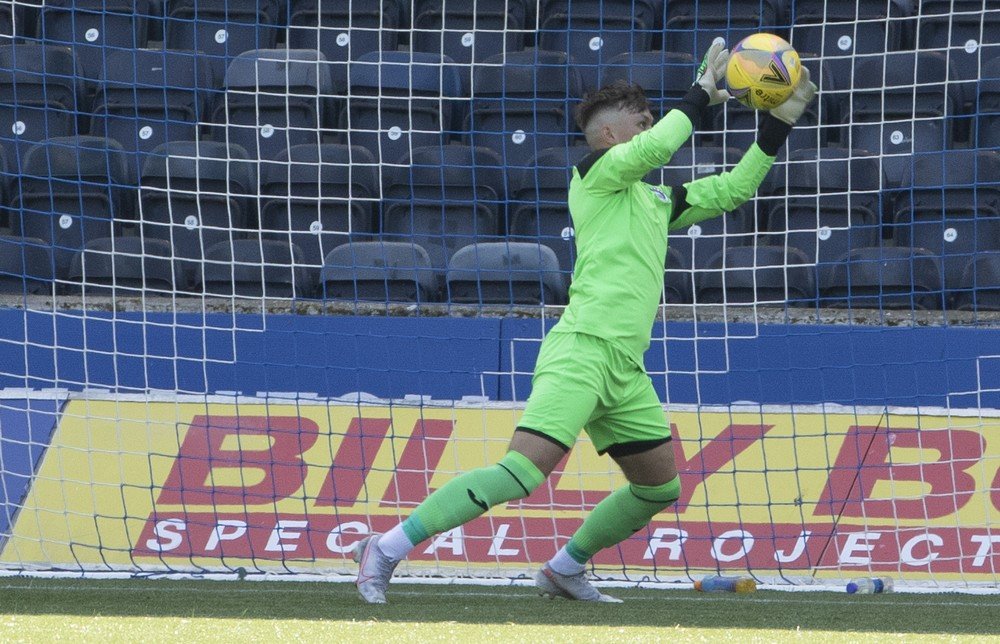 Saturday’s contest with Kilmarnock will live long in the memory for a number of Stranraer players.

Little milestones could be found all over the pitch, with Josh Walker scoring his first senior goal and a first senior start for Josh Rennie.

At the other end of the stadium, there was a debut for Luke Scullion.

The teenage shotstopper was given the nod by Jamie Hamill with Curtis Lyle unable to face his parent club.

Scullion said: “It was a very good experience to have my professional debut and to have the fans back in.

“You can feel the fans before the game and, when Kilmarnock had the first 15 minutes, it was wave after wave.

“You feel the fans getting behind their team and they feel right on top of you.

“There were not really any nerves.

“After the first five minutes of the warm-up, I was fine after that.”

Nineteen-year-old Scullion found out he would be starting the Premier Sports Cup clash on Thursday evening.

The goalkeeper told the club website he was “buzzing” about the news and enjoyed the journey home with Matty Yates.

The duo were at Rangers together as youngsters but went their separate ways with Scullion making the short trip from Ibrox to Firhill while Yates moved on to Easter Road.

Now, they have been reunited in the home dressing room at Stair Park.

Scullion, from Paisley, said: “It is weird how it comes back together and we’re back in the same place!”

It remains to be seen if Scullion will keep his place for the long trip to Elgin City this weekend as Lyle is once again available.

The goalkeeper had little chance with either of the strikes at Rugby Park, including Chris Burke’s deflected winner.

Scullion was hopeful the performance stuck in the mind of Hamill as the Blues look for their first win at Borough Briggs since Michael Moore and Stephen Stirling scored in a 2-1 win back in March 2012.

Even if he is not in the starting XI, Scullion was delighted to have found a new club having had to overcome coronavirus restrictions to impress the Stair Park coaching team.