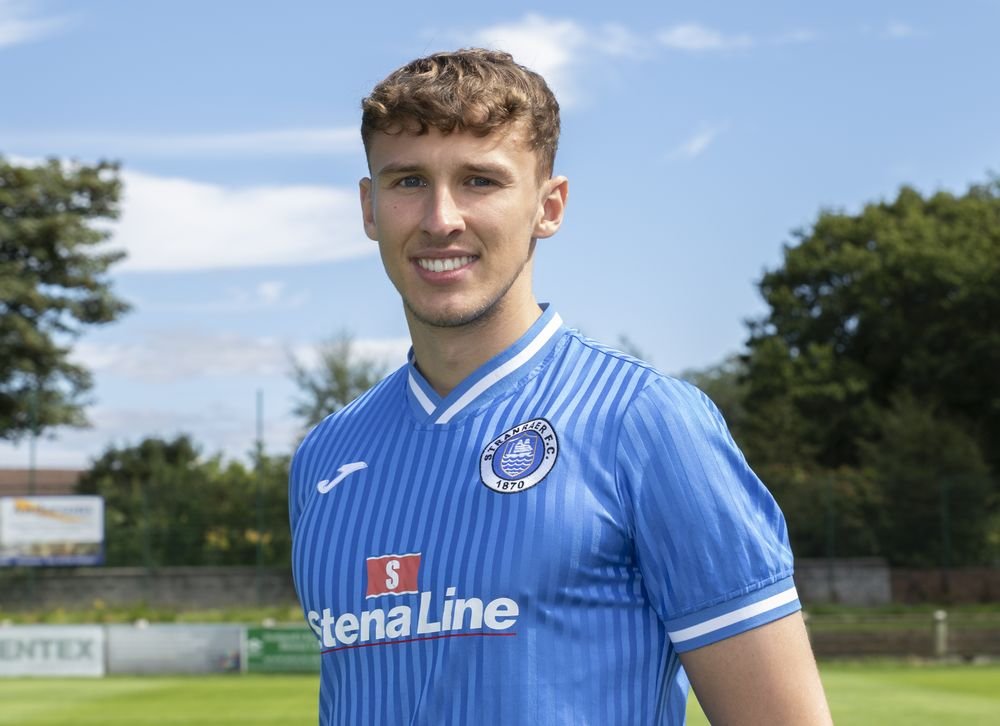 Scott Dunn is looking to clock up the appearances before he returns to Stranraer in January.

The defender moved out on loan to East Stirlingshire and has already played two games.

The month-long loan deal will help Dunn get games under his belt in the hope he can battle for a starting spot at Stair Park in the New Year.

He spoke to the club website the day after he played against the University of Stirling and said: “I spoke to the gaffer and the main thing is I come back in January still involved in the plans.

“Hopefully having that game time while I am out on loan will help me physically and mentally.

“I can come back and help Stranraer, at minimum, to reach the play-offs.

“That’s what we all want.

“We all want to go up to League One.”

Kyle Girvan and Craig Ross have been the preferred pairing in central defence when Stranraer have played a back four.

Since switching to a back three, Dunn has been on the bench, ready and waiting for his chance.

He will continue to train with the Blues on a Tuesday while training with the Scottish Lowland Football League team on a Thursday.

The move to the Shire also gives Dunn the chance to link up with one of his former coaches.

He said: “I spoke to the gaffer after training and I think we both agreed moving forward I needed to be playing games.

“I think if I was not like that it would be more of an issue.

“I have not been playing and we both agreed it was probably the best option for me to go on loan.

“East Stirlingshire came up and I am used to working with Sandy Clark, who was at Queen of the South while I was there last season.

“It was a move that suited everybody.”

Stranraer only have two more games left this year – a trip to East Fife next weekend and then a trip to New Dundas Park, the home of Bonnyrigg Rose.

In contrast, 21-year-old Dunn will be hoping to have clocked up six appearances for his loan club over that time and helped them climb the table.