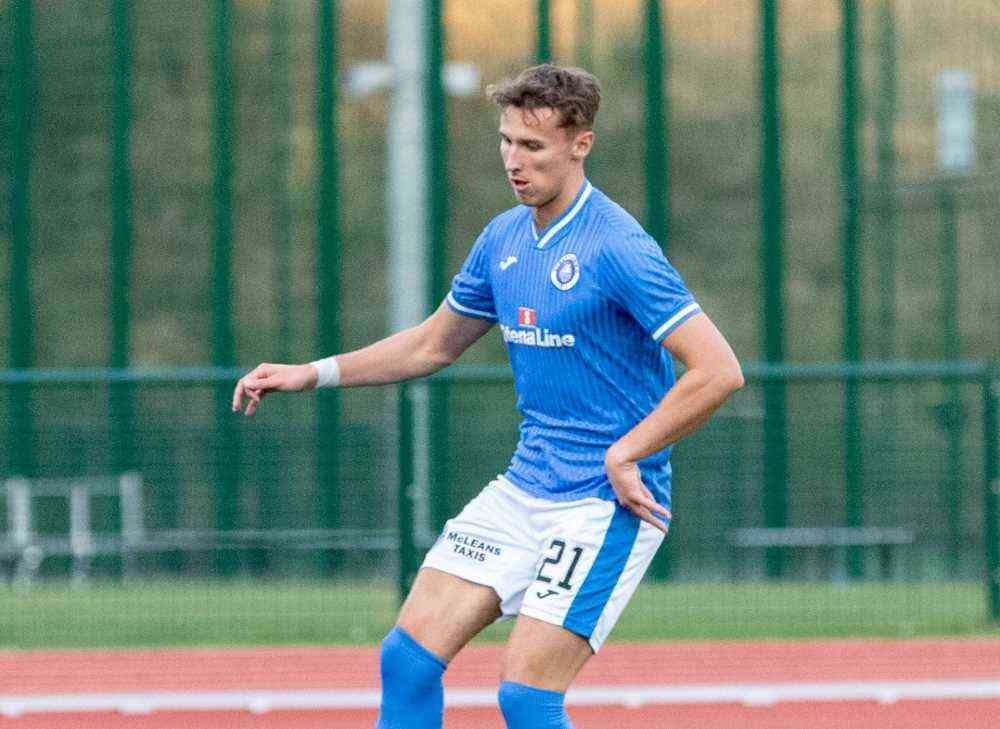 Fortress Stair Park is the aim for defender Scott Dunn.

Stranraer are unbeaten in their two league contests at home following a win over Annan Athletic and a draw with Bonnyrigg Rose.

East Fife are the visitors tomorrow (Saturday) with the summer signing determined to see their unbeaten run extended.

He said: “Obviously, we want that for the fans and for momentum.

“We want teams to come down to Stair Park and think it is a tough place to go.

“We want teams to not want to come down and play against us.

“We want teams to fear our home form.

“We are undefeated at home and need to keep it going on Saturday.”

The former Airdrie and Queen of the South man has featured in the last three games, coming off the bench against Bonnyrigg after Craig Ross was sent off.

The resulting suspension allowed Dunn to stake a claim for a place in the heart of defence, featuring against both Elgin City and FC Edinburgh.

The 21-year-old felt there were a number of players who were looking to force their way into the first team.

He said: “It’s not just me but boys who were on the bench looking to keep their place.

“The gaffer has got a lot of headaches for different positions but we need to keep pushing each other and progress as a team.”

It was player/assistant manager Darryl Duffy who put the wheels in motion to see Dunn make the move from Palmerston Park to Stair Park.

Dunn had featured for the Dumfries side at the beginning of last season, playing alongside former Blues Ruari Paton and Willie Gibson.

He then went out on loan to Lowland League side Broomhill before finishing the campaign with Cowdenbeath, featuring in the Blue Brazil’s 3-0 defeat at Stair Park in March.

The centre half had enjoyed his taste of first team football and wanted that to continue.

He came in on trial at Stranraer and won over the management team and was rewarded with a contract.

“The gaffer has been good with me as well.

“It is a good changing room and a good bunch of boys.

“Training is good and that is all you can for.

“We have had some good results, which will help and I have loved being here.

“Hopefully, we can have a good season and push for promotion – that’s the aim.”

It would be fair to say Stranraer gave themselves a mountain to climb the last time they visited Bayview Stadium.

Anton Dowds and a penalty from Scott Agnew had the hosts two goals up at the break. Danny Denholm and a goal from another former Blue, Ryan Wallace, had the home side well on their way to victory.

Strikes from Joao Victoria and Scott Robertson in a crazy 60 seconds gave a glimmer of hope, with Cameron Elliott thrown on a bid to get another goal, but East Fife held out for three points.

1. Stranraer are currently on a seven-game winless streak against East Fife. The last victory came on April 28, 2018, at Bayview Stadium. Scott Agnew scored before half time and Grant Anderson scored twice early in the second half. However, the Blues made it difficult for themselves as Craig Watson and Jonathan Page pulled it back to 3-2.

2. Stranraer’s last win over East Fife at Stair Park came on August 5, 2017. There was only one goal in it and a certain Jamie Hamill scored it on 65 minutes.

4. Luke Watt made four appearances for East Fife towards the end of the 2016/17 season having also featured for Stranraer that season. He was part of the Stranraer team in the first meeting at Stair Park, which finished 1-1. Ross Brown scored for the visitors with Steven Bell bagging an equaliser. He was then part of the Fifers team in the second meeting at Stair Park. Stranraer won 2-1 on that occasion, with Craig Malcolm and Amadou Kassaraté scoring either side of Jason Kerr’s effort. The Stranraer team that day was: Belford, Robertson, Dick (McGowan 89), Barron, Neill, Bell, Agnew, Donald (Wilson 72), Thomson, Gibson, Malcolm (Kassaraté 82). Not used: Morena, McGuigan, Kemp and Currie.

5. The last time Stranraer played on August 27 was in 2016. Peterhead were the visitors to Stair Park but they left empty handed thanks to Mark McGuigan’s first half goal. Former Blues Scott Rumsby and Steven Noble were unused substitutes on the day.