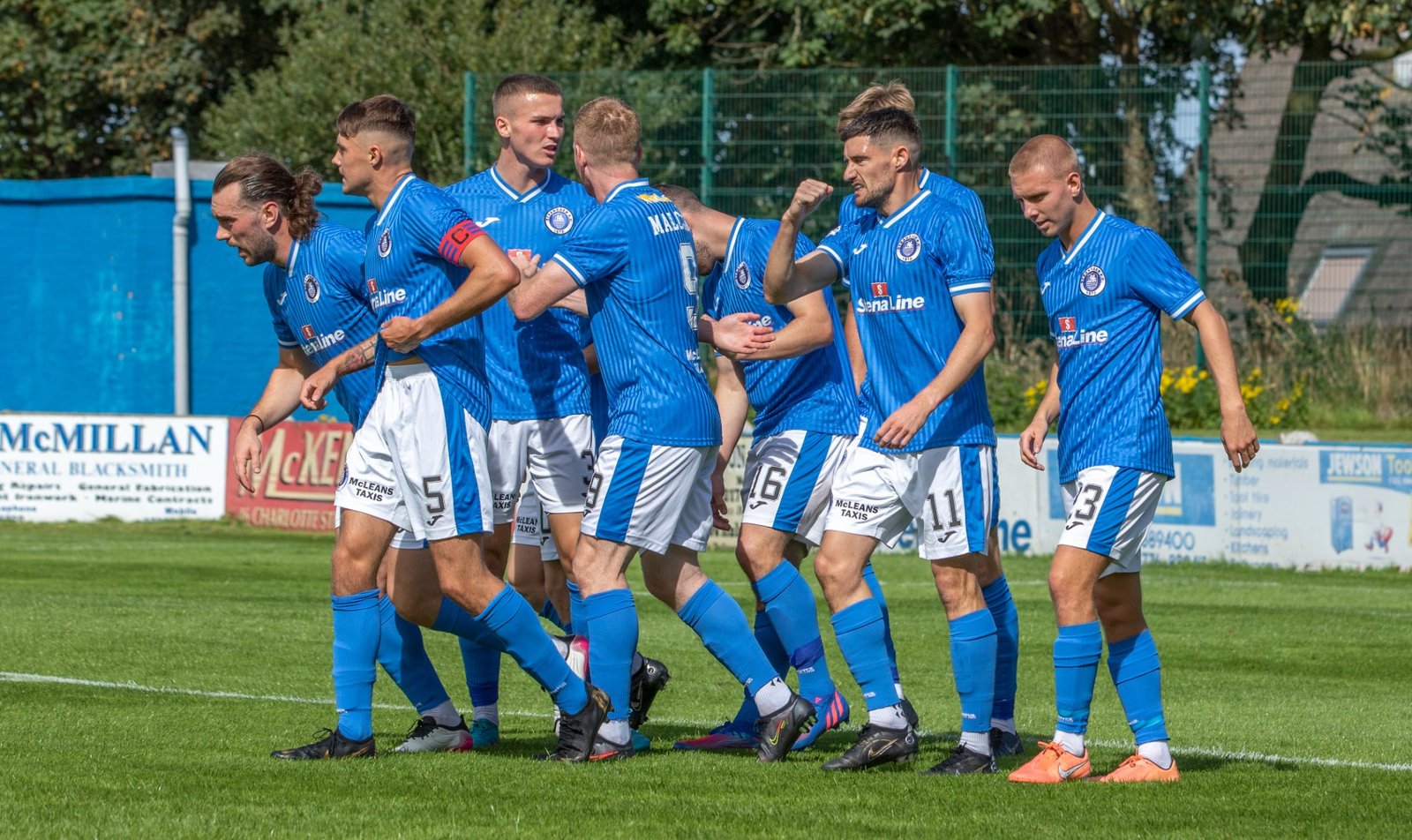 For the second home game in a row, 10-man Stranraer were hit with a stoppage time sucker punch.

The Blues were 2-1 up against Bonnyrigg Rose only for the Midlothian side to smash in a 97th minute penalty and take a point.

Jack Healy’s equaliser for East Fife was not quite as late, the 94th minute, but once again Stranraer fans and players were left gutted.

Stranraer have started on the front foot in both of the home encounters this campaign but found themselves matched by an East Fife side who have also started the season well.

Ryan Schiavone had already scooped an effort over the bar before Stranraer were given a let off.

Craig Ross, back in the team after suspension, and Kyle Girvan left the ball to one another and Joao Balde should have worked Luke Scullion, only to pull the shot wide of the target.

Those missed chances would come back to haunt Stevie Crawford’s men as Stranraer took the lead.

Anton Brady did well in the middle of the park and cut the defence open with a perfect through ball for Paul Woods.

He then kept his cool to roll the ball under the advancing Allan Fleming for the opening goal.

Too often this season Stranraer have scored first only to immediately concede.

Again that happened as Stranraer failed to get the ball clear and when it broke to Schiavone he smashed home from 12 yards.

However, it was the hosts who would finish the half on top.

Josh Walker’s free-kick only needed a touch and Luke Watt was only too happy to oblige as he bundled home the ball from close range.

Stranraer could even have put the game out of sight five minutes before the interval but Woods took a touch inside the box when a first time shot may have worked Fleming.

Understandably, the visitors came out looking for an equaliser in the second half and Stranraer survived an early scare.

The on-loan St Johnstone duo of Alex Ferguson and Taylor Steven linked up from a quickly taken free-kick.

Steven managed to get to the by-line and his cross rolled along the crossbar before dropping to safety.

The game was to change with just over 20 minutes remaining.

Watt had been enjoying a fruitful afternoon at right back and cut into the box.

He had the option to go it alone or cut the ball back but took on the shot, which Fleming gathered.

In the aftermath, there was a tangle between Watt and an East Fife defender, which resulted in the Stranraer man being shown a red card.

It looked as if Stranraer were going to hold out after Scullion did brilliantly to get down low on 90 minutes to keep out Steven’s shot from the edge of the box.

But, with four minutes of stoppage time played, the visitors found their leveller as Healy strode forward and smashed in off the underside of the crossbar.

Stranraer will now need to pick themselves up as they travel to Stenhousemuir on Saturday.