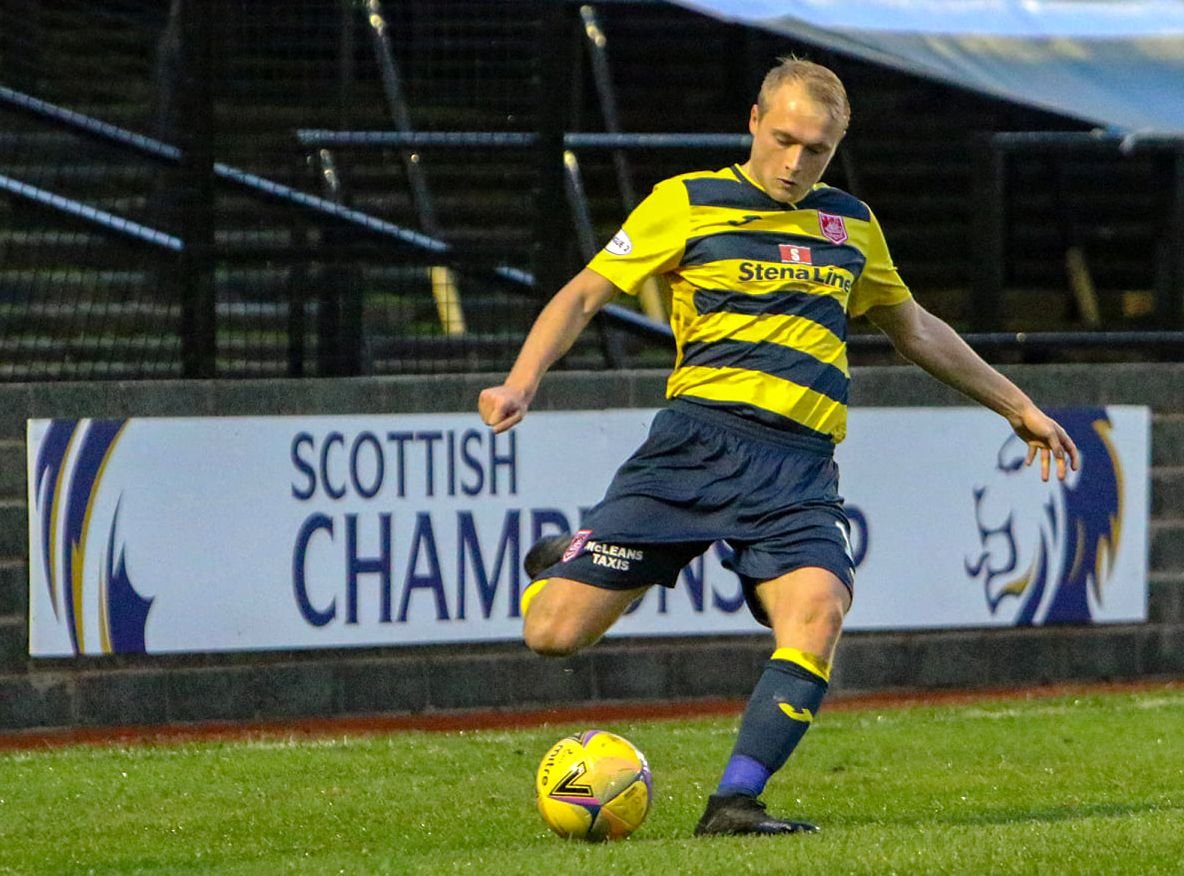 Stranraer are heading in the right direction after a busy week on the pitch, according to Lewis McIntyre.

The defender made his first appearance of the campaign during the final Betfred Cup group game against Ayr United on Saturday.

The Honest Men would emerge victorious after a penalty shoot-out – reversing the result from last year’s competition – but McIntyre felt there were plenty of positives.

Stranraer began the week with a 2-0 win over Cowdenbeath before following that up with a 2-1 win over Premiership side Hamilton Academical.

Now, after the cup double header, attention turns back to the league and a trip to Edinburgh City.

McIntyre was keen to see the team build on an impressive week and said: “Obviously, we did not start the season as well as we wanted to.

“The last three games have proved what a good side we are.

“We are well set up, we are well drilled, we work hard on our shape, which especially against the bigger teams it showed that we do work on that in training.

“We know what we are expected to do when we go out.

“When we are good defensively, we are good going forwards and we have created a lot of chances.

“I think we will be good to go and should be there or thereabouts.

“We will go into Tuesday and Thursday with the positives of Saturday and the two games before that.

“We can take the positives from that and go and kick on against Edinburgh City this weekend.”

McIntyre’s season almost got off to the worst possible start.

He came off the bench in the second half against Cumnock Juniors in a pre-season friendly but suffered what was thought to be a serious knee injury.

The full-back had to be replaced by Scott Robertson, who had just come off, with Stevie Farrell saying he would have to consider dipping into the transfer market if it was a long-term injury.

Fortunately, McIntyre missed just one game – the season’s opener with Annan Athletic – before returning to contention.

He said: “I took the knock at Cumnock where I took a touch of the ball and the guy has caught me high across the knee.

“I’ve taken a couple of days for the swelling to go down and then went to see a physio down in Stranraer.

“I went to see somebody down here and they gave me an assessment.

“It actually did not turn out to be as bad as what we were expecting.

“I just kicked on from there and I did a couple of nights of rehabilitation training, running and strengthening exercises.

“Then, I was back into full training.

“To be fair, I got really lucky because when you saw where the stud marks were it could have been a lot worse.

“I had initial thoughts, as you do, with how sore it was at the time that it was serious but, luckily, when the swelling went down and somebody had a look at it, it was alright.”