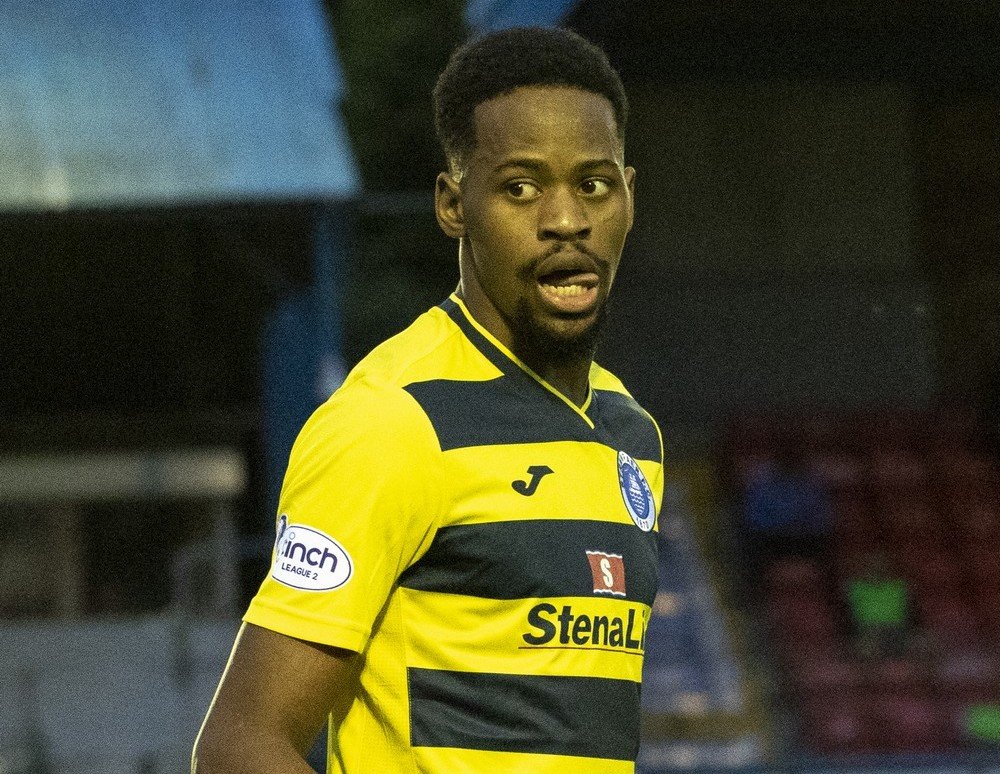 Emile Ngoy has encouraged his team to concentrate for 90 minutes to avoid late heartache.

Five times this season, the Blues have conceded in the last 10 minutes, with three of those coming in the last three games against Forfar Athletic, Annan Athletic and Edinburgh City.

Those results have left Stranraer with just one point from a possible nine, sitting eighth in League Two.

The striker said: “We have been playing well but in the last 10 minutes we think the game is finished.

Despite an improved second half showing, Stranraer were left to rue their missed chances last Friday as Edinburgh City took all three points.

Ngoy is familiar with the capital club, having lined up for Brechin against their rivals in November 2019.

He said: “I remember that day.

“I scored one with my head and one more.

“For me, when I score to help my team, I’m really, really happy that I have scored a goal.

“But firstly it is about the team.”

Attention now turns to the visit of Elgin City to Stair Park on Saturday.

And Ngoy, who joined Stranraer in August, will be hoping to challenge for a place in the team.

The former Dorchester Town man has played in Wales, Italy, Portugal and England during his career.

He was happy to say he was enjoying life in Scotland.

The 24-year-old, who played alongside Stranraer full-back Sean McIntosh at Brechin, said: “I love Scotland.

“I’m living in Glasgow and I love Scotland.

“It is a bit like Paris and a lot of people.

“The players make me feel welcome and really friendly.”