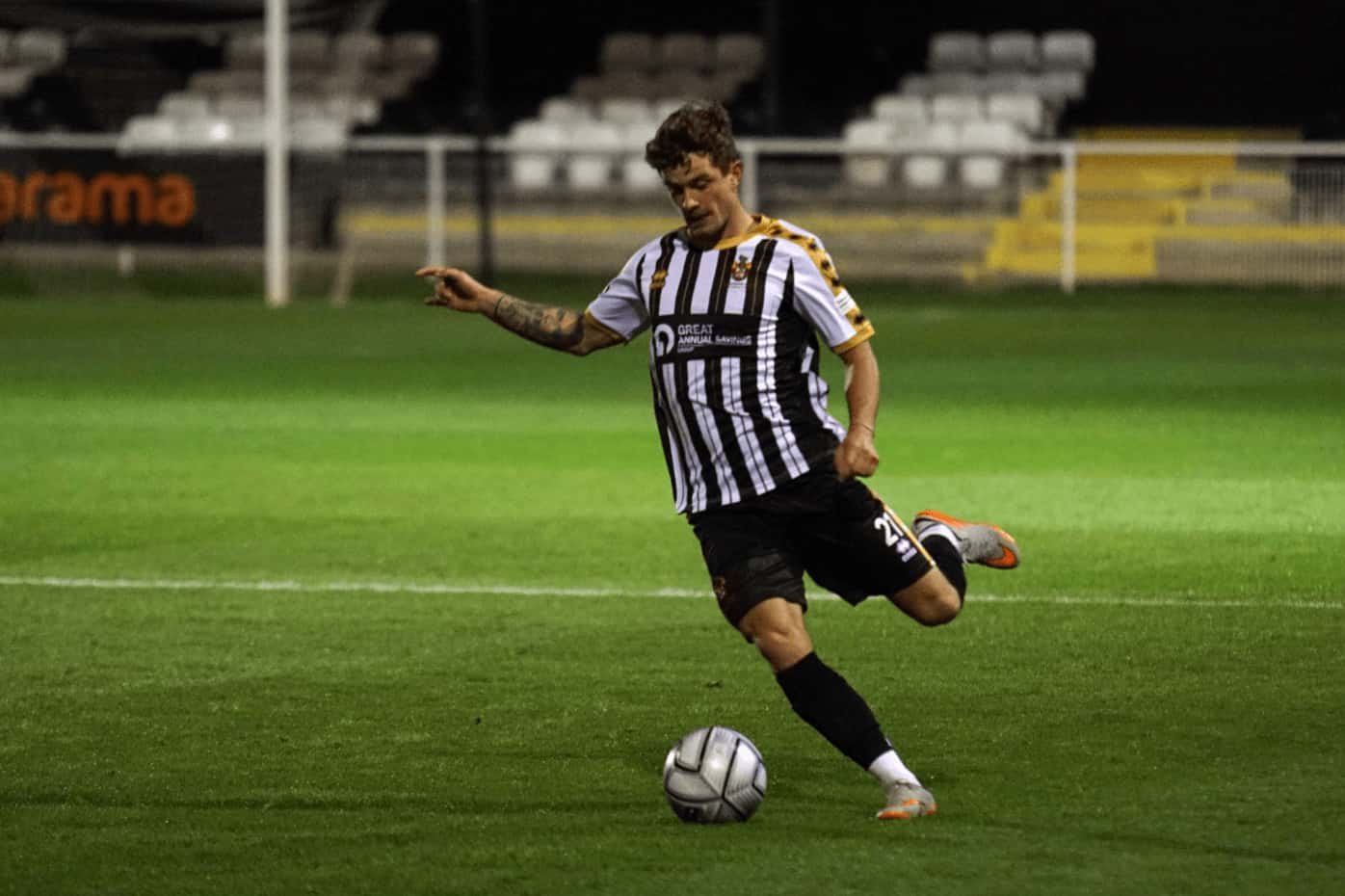 Many players will have complained about the lengthy journey to Stranraer over the years but Scott McLean is unlikely to be one of them.

The new signing is returning north of the border after a two-year spell with Spennymoor Town.

The deal down south involved clocking up plenty of miles, with the journey from Ayrshire to Wigtownshire a relatively short trip in comparison.

He said: “My Mrs stays up here and I just did the commute.

“It is a fair trek to there from Ayr but I am quite happy with Stranraer.

“We train at Kilwinning so it will make my life a bit easier!”

The 24-year-old is no stranger to the Scottish Professional Football League having started his career with Kilmarnock.

He made his debut in August 2015 when he stepped off the bench against Celtic, lining up alongside manager Jamie Hamill while Dean Hawkshaw was also on the bench alongside former Blue Ross Barbour.

McLean was delighted to be pulling on the blue of Stranraer and said: “As soon as I heard the manager was interested in me, it was a no brainer to come in and get back playing.

“I’m back in Scotland and looking for a successful season.”

Since leaving Rugby Park, McLean has also featured for Queen’s Park and Annan before making the move down south, which also saw him line up for Guisley.

Predominantly used as a winger, he told the Stranraer website he has “an eye for goal”.

He revealed it was not the first time that he had come close to joining the Blues.

McLean said: “I know the gaffer from Kilmarnock and he gave me a call last year but I still had another season left on my contract at Spennymoor Town.

“He wanted me last year but unfortunately I had a year left down there and my hands were tied a bit.

“You could say it has been a year in the making.”