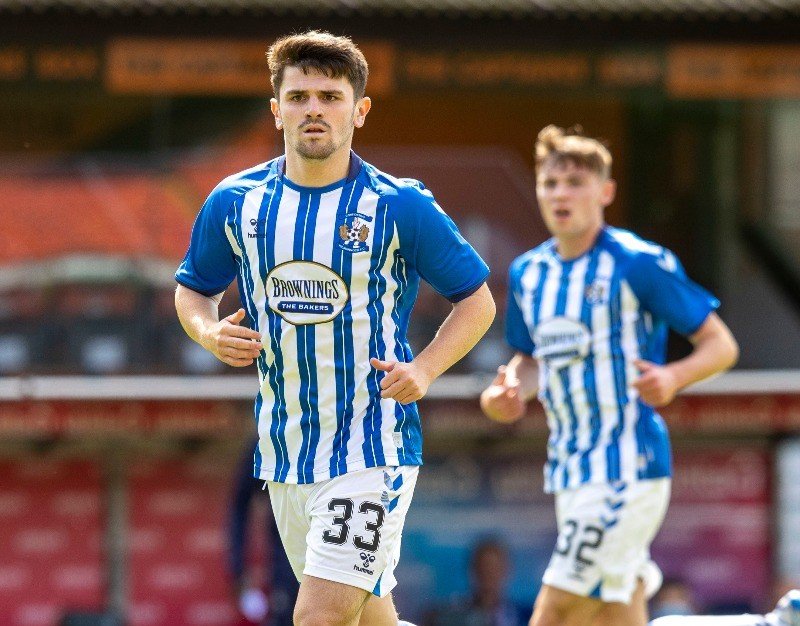 Stevie Farrell has moved to sign Kilmarnock midfielder Ally Taylor on loan until the end of the season.

The 19 year old will bid to gain first team experience at Stair Park, having risen through the youth ranks at Rugby Park.

Ally made his debut for Killie against Celtic in February 2020, in a match which saw him pitted against his Scotland international brother Greg.

We look forward to watching Ally in action when the season gets underway again in the coming weeks.