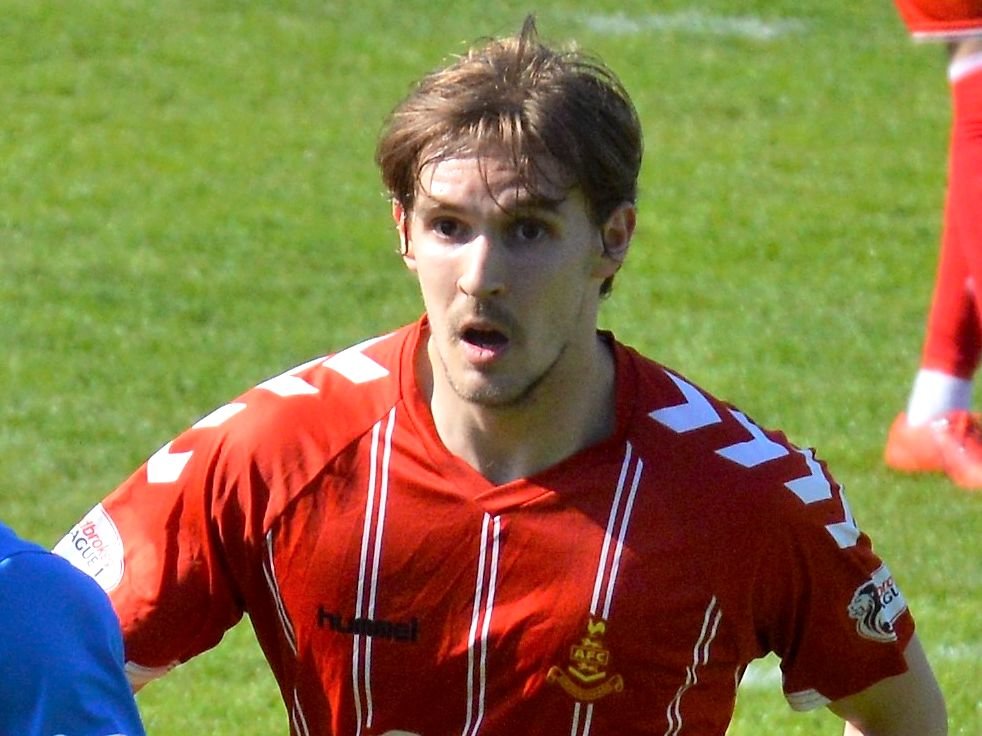 They say ‘third time is a charm’ and Kieran Millar will be hoping that is very much the case on Wednesday night.

The midfielder spent about eight years with Hamilton Academical, who visit Stair Park in the Betfred Cup this midweek, from the ages of 11 to 19.

Facing his former club has become increasingly familiar for Millar in recent years, with Hamilton twice being drawn against Airdrie in the last two seasons.

A penalty shoot-out gave the New Douglas Park side the victory in July 2018 after a 1-1 draw, with Joao Victoria scoring for the Diamonds.

Now, former Diamond Millar will be hoping it is not a case of deja vu.

He said: “I’m really looking forward to it.

“Basically, I’ve had them every year in the Betfred Cup for the last three years so it was pretty much a given we would draw them!

“I think the novelty wears off when you have played them so often.

“I’m looking forward to it and hopefully we can build on our result at the weekend.

“Hopefully we can get a good result and a good performance as well.”

Stranraer come into the game having picked up their first three points of the season with victory against Cowdenbeath on Saturday.

A first half strike from Thomas Orr gave the Blues a half time advantage and they sealed the victory with a late strike from Victoria.

There have been promising signs in recent weeks following the 4-1 opening day league defeat against Elgin City.

A draw with Annan Athletic came after playing more than half the game with 10 men after Grant Gallagher was sent off.

Then, Queen’s Park, tipped for automatic promotion, were matched for the majority of the game before picking up a narrow victory thanks to a late strike.

Millar said: “There was a really good feeling about the dressing room after the win on Saturday.

“Hopefully, with the two cup games this week, we can build on the confidence and try to build some momentum going into the league afterwards.

“I think our performance in the two games before Cowdenbeath were a lot better than the first league game against Elgin.

“The way the games were going for us initially, the other teams were maybe taking their chances and we were not taking our chances.

“We needed to be a lot more clinical and thankfully we were that on Saturday.”