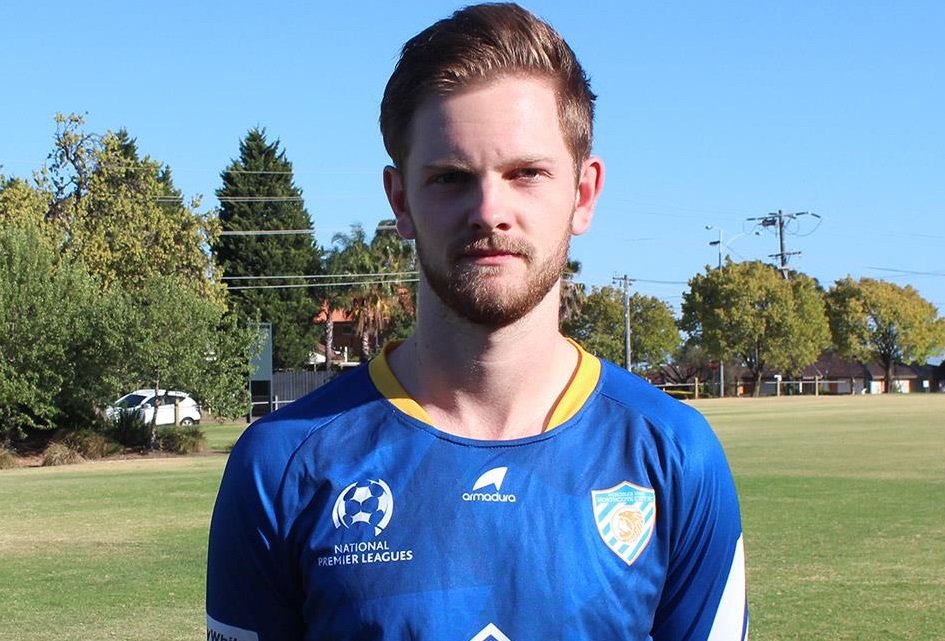 MELBOURNE to Stranraer is hardly a well travelled path.

Overr 10,000 miles separate the south-east of Australia and the south-west of Scotland but Jordan Ross has covered that as he continues his football education.

Ross, who signed for the Blues earlier this month, is hoping to make the breakthrough into Stevie Farrell’s team.

The new signing took in a couple of the club’s games before putting pen to paper and said: “The games have been fantastic, I have really enjoyed going to them.

“I don’t think the team is too far away from a win, they are playing really well.

“I have only seen the last five or six games and every single time they have been really good and I think they are not too far away from notching a win.”

Stranraer head to East Fife this weekend in the search of three points.

Ross added: “There are still a fair few games to go but definitely a win sooner rather than later would be very beneficial.

“I think it is coming for sure.

“The boys are training very hard, very well and they are playing well.

“I think a win is just around the corner.”

Despite the lengthy journey, Scotland is starting to feel at home for the former Northcote City man and with good reason.

He said: “My dad, Bill, was born here so a lot of my family, his side of the family, are all over here.

“I’ve got dual citizenship so I thought, while I am still relatively young, I might as well come and see the other side of the world, play some football and try a new lifestyle, really.

“My dad was born in Forfar but he grew up around the Monifieth area.”

Ross, who can play central midfield or at the heart of the defence, has spent about five months in the country and linked up with Stranraer after getting in touch with PFA Scotland.

Training with the Blues in the lead-up to Christmas, he caught the eye of the club’s backroom staff, who offered him a deal.

He said: “I’m loving training with the club.

“Training is really good – it is probably a different level to what I was doing back in Australia.

“It is a lot more intense and much quicker so it is really enjoyable.

“I think Scottish League One is probably a step up from what I was playing in Australia.

“I have not played a game yet, obviously, but just in training I can tell it is a bit more intense and probably a league above what I was playing back in Australia.

“It is definitely a step up for me.

“I’m absolutely confident that I can make that step up.

“I think just even training with the boys for the last six or seven weeks, I have really improved and I think I am catching up to them now.

“I definitely think that I can step in and really help the team.”

Taking the number 24 shirt, the former Sydenham Park man has quickly settled into life in Glasgow.

Ross, who is only the second Australian to have played for Stranraer, following in the footsteps of fellow Melbourne midfielder John Maisano, thanked his team-mates for helping him get to training and games and said: “The team mates have been fantastic.

“A few of the boys have been picking me up because I don’t drive at the moment.

“I’ve had a lot of help from a couple of the boys.

“Robert Jones was picking me up and taking me to training before he moved on.

“Now, Ryan Stevenson has been unbelievable.

“He is picking me up for every session and every game and he has been a real big help to me.”