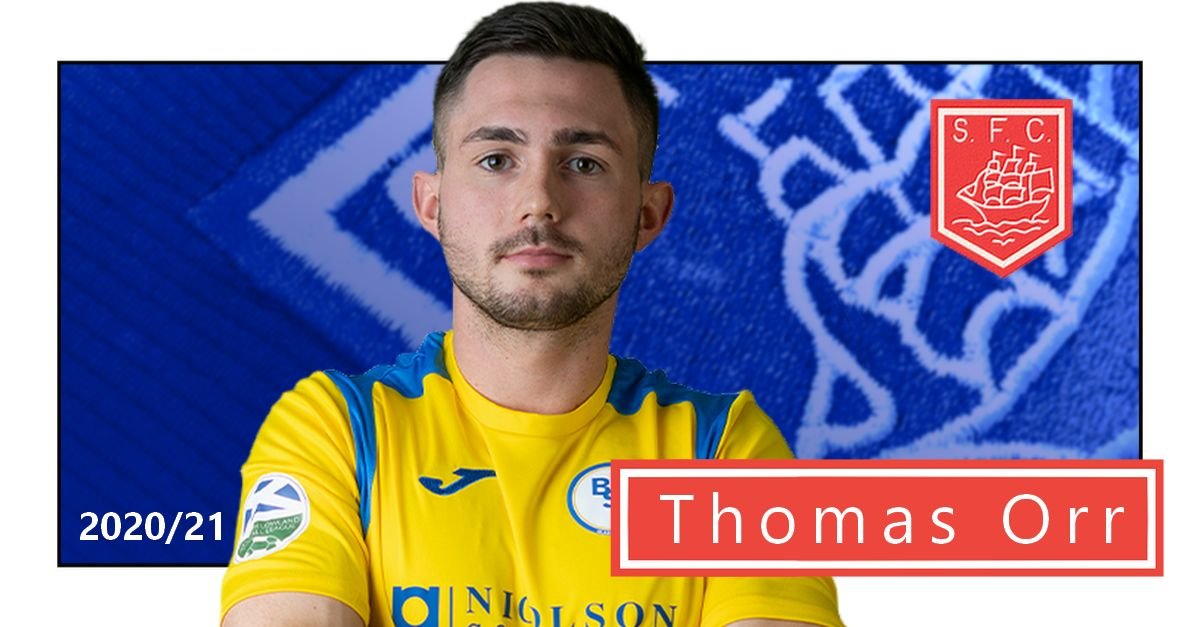 “I’M COMING to Stranraer to score goals” was the message from new recruit Thomas Orr.

The frontman has agreed to join the Blues for the coming season after a prolific 18 months with BSC Glasgow.

The 23-year-old was targeted by Stevie Farrell earlier this year and the Stranraer boss has finally got his man.

Orr revealed he was “absolutely buzzing” to make the step up, having initially had discussions with Stranraer in January.

Now, after scoring 16 goals in 30 appearances last term with the Lowland League side, he is ready for the new challenge.

He said: “I had a few other offers and was weighing them up, but I had spoken to the manager and was pretty convinced early on that he was the one I wanted to play under.

“He seemed so enthusiastic about the club and a way of playing.

“He told me how I would be a better player and I am coming to Stranraer to improve.”

But Orr also has experience of League Two, having played with East Stirlingshire and Queen’s Park.

Now, he is convinced he is a better player than when he was at both those clubs.

He added: “I first came to League Two when I was only 17 or 18 and when I look back – I know it was only five years – but I realise how much I have developed.

“I think Stranraer are the club to take me to another level.”