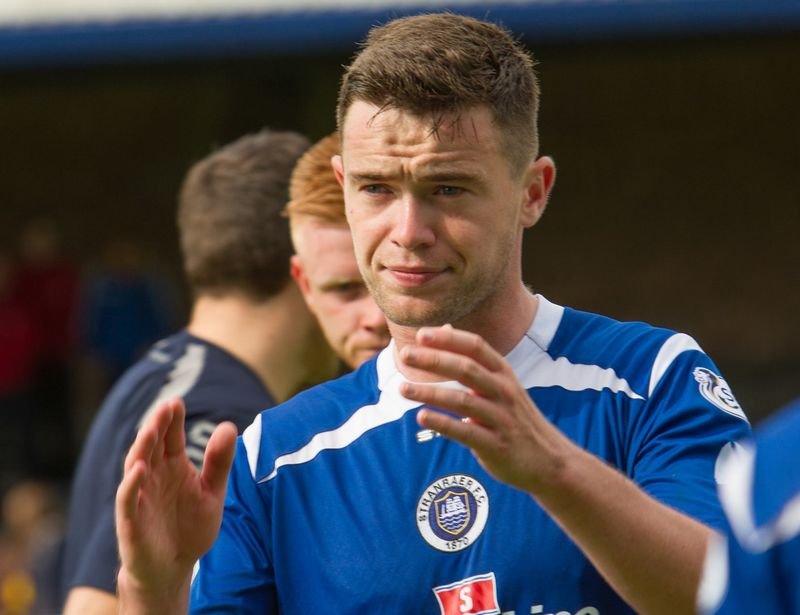 THERE is no getting away from it – football finds itself in a strange situation.

Stranraer have not played a game since March 10 when they lost to Montrose and there is no date in sight for when that could change.

Players cannot even train together due to the coronavirus outbreak, which has left each player tasked with keeping themselves ticking over ahead of any potential resumption.

For Grant Gallagher, the situation is slightly different.

The midfielder is yet to play a game since returning to the club from Airdrie last summer and has spent the bulk of that time battling back from damaging his ACL (anterior cruciate ligament) in his right knee.

Gallagher, like the rest of his team mates and footballers across the country and beyond, is unable to take part in organised training sessions.

However, it is far from ideal for the former Dumbarton man either, who cannot even see the club physio, Jamie Donnachie, to get updates on how his recovery is going.

He said: “Obviously, it is a difficult time.

“There is no face to face training but I am still in contact with the physio and she is sending me over programmes.

“I am either out and about myself or in the house – gyms are shut.

“I’ve got a stationary bike in the house – so it has not halted.

“Jamie (the physio) is keeping updated through WhatsApp and text messaging me.

“She can see me through the programme and I am trying to describe symptoms to her, which is a wee bit hard.”

Positively, the midfielder, who is yet to make his ‘second debut’ has not had any setbacks on his road back to fitness.

The 29-year-old has not played a competitive game in more than a year, last taking to the field on February 23, 2019, when Airdrie lost 3-2 to Arbroath.

No date has been set for when players can return to training, let alone when the first competitive game will take place.

Players are keeping watch for messages from football’s governing bodies but Gallagher said “it is very strange circumstances”.

In the meantime, all Gallagher, who played more than 200 times for the club during his first spell with the Blues, can do is slowly but surely get closer to fitness.

It remains to be seen what will happen with the remaining games this season but Stranraer could yet find themselves with both Gallagher and Lee Hamilton, who has not played since before Christmas, back in the first team fold.